What are the Hotel Room Types?

Destination chosen, passage in the hands… and the stay? Do you know where to stay? And what type of hotel room to choose? Understand here the existing types and the difference between them!

By the time of travel, many decisions need to be made to make everything go the way you planned. You have to choose the location of the trip, the days you will be away, the tickets and the hotel. There is definitely no shortage of points to watch out for! 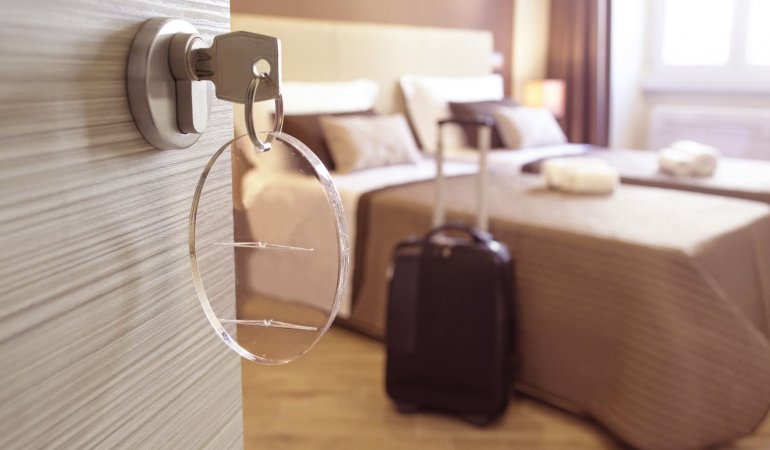 As if that were not enough, you still need to choose the type of hotel room you will be staying with. It is at this time that doubt arises. After all, there are the standard, master, deluxe rooms and the double, single and shared rooms.

But do not worry! To help you, we will explain each of these rooms to you and show the differences between them. Here we go?

Room types by number of beds

The first and best known categorization of hotel rooms is by the number of beds (or their type).

As its name makes clear, it is a room for two (or more) singles. The twin room, standard nomenclature, has two or more single beds. In some cases, these rooms may offer up to five single beds, but do not confuse them with dormitory rooms (which we will explain later).

The double rooms have only one bed but are double. She is perfect for lovebirds who are traveling together and want to be together every second. In some cases, these rooms may have an extra bed for small children.

Typically found in hostels, dormitory-style rooms offer several beds, including bunk beds and, in some cases, “triliches”. These rooms are much cheaper than other hotel types, but are worse for privacy.

So far, we have explained hotel room types by the amount of beds, which is what everyone is used to. But in hotel chains, there are characterizations that go beyond the amount of beds: they define the furniture, bathrooms and all the details of the room. It’s time to meet them!

The simplest hotel rooms are known as Standard, which has the most basic services for its guests.

By default, these rooms come with a bed, nightstand, lamp, wardrobe and a small table, and a private bathroom. The classification of these rooms meets the view of the place. On beaches, Standard rooms are without sea view. In cities, these rooms are facing the bottom.

Just above the Standard are the rooms categorized as Master. The space of these rooms, which are also called executives, is larger than the previous one, which in itself becomes a differential. However, the price is a little higher.

Its main difference with the previous one is its location, either on the street view or on higher floors. In this category, it is common to find rooms with a sofa and chairs.

As its name implies, Deluxe Rooms are sought after for those who don’t want a trip. Whether in services or space, these are the most expensive – and best – rooms in any hotel.

You can find accommodations with doors that separate environments – obviously larger than the others -, the best view of the hotel and even bathtubs may be available.

Always remember that the Standard, Master and Deluxe categories can be single or married. The amount of beds here is not the determinant, but what is offered to guests.