The small island nation of Tuvalu may be the first country to disappear completely from the face of the earth – a modern-day Atlantis. The country’s highest point is only five meters above sea level, and according to climate scientists, the country may be gone in 50 years. 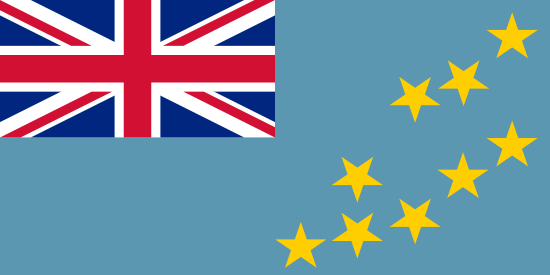 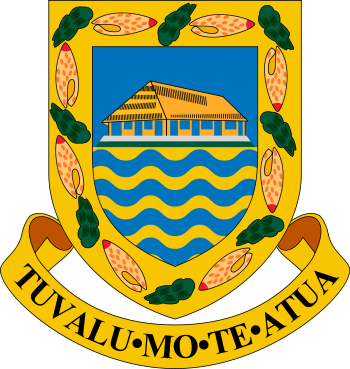 Tuvalu is one of the world’s smallest independent states and is located in the southwestern Pacific Ocean, between Kiribati and Fiji. The archipelago consists of nine islands, most of which are atolls with lagoons in the middle and slightly raised coral reefs at the edges.

Tuvalu was populated in the 14th century by Polynesians from Samoa and Tonga. In the 19th century, the islands were colonized by Europeans, and Tuvalu later became part of the British Protectorate of Gilbert and Ellice Islands, with the exception of the four islands of Funafuti, Nukufetau, Nukulaelae and Niulakita claimed by the United States.

After several years of ethnic conflict between the Polynesians of the Ellice Islands and the Micronesians of the Gilbert Islands, the Ellice Islands were separated from the colony in 1976, and two years later became the independent state of Tuvalu. In 1979, the United States renounced the four islands in exchange for the right to use its naval base from World War II, as well as the right to prevent other states from using Tuvalu militarily.

Tuvalu is one of the least developed countries in the world. There is a shortage of natural resources and thus little opportunity for economic development. The country has some income from the sale of coins and stamps, and in 2000 they negotiated a contract where they rent out their top-level domain .tv to an American company.

Tuvalu could be the epitome of a tropical paradise, but its isolated location makes tourism very small. Only Somalia and Nauru have fewer tourists. There are not many books about Tuvalu, but “Where the Hell is Tuvalu?” by Philip Ells from 2006, and Swedish “SOS Tuvalu” by Pirkko Lindberg from 2004, are two good exceptions.

Electricity and electrical outlets in Tuvalu

According to Countryaah, Funafuti is a coral toll in the island state of Tuvalu and is considered the country’s capital. The whole of Funafuti has 4,492 residents (2002), making it the country’s most populous atoll.

It is a narrow strip of land between 20 and 400 meters wide that surrounds a large lagoon, 18 km long and 14 km wide. It is Tuvalus by far the largest lagoon. The land area of ​​the 33 islands amounts to 2.4 square kilometers, less than 1 percent of the atoll’s total area. There is a runway, hotels and administrative buildings as well as homes, built both in the traditional way of palm leaves and more recently of cement.

The most famous building is the church. Other sights are the remains of an American plane that crashed on Funafuti during World War II when the runway was used by American forces.

The largest island is Fongafale, where there are four villages, one of which is Vaiaku, where the Tuvalu government and the parliament “Fale I Fono” are based. Fongafale and Vaiaku are sometimes said to be the capital of Tuvalu, but officially the entire atoll is the capital of Funafuti in the country. The atoll also has an international airport, Funafuti International Airport.