TOP 10 SIGHTS IN THE KALININGRAD REGION

The Kaliningrad Oblast – historic northern East Prussia with the old town of Koenigsberg – impresses not only those interested in history. The Russian exclave awaits its visitors with many interesting sights, pristine nature and one or the other curiosity.
Our TOP 10 tell you what is worth looking at. 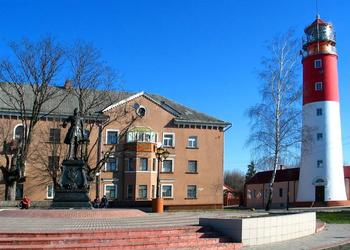 Baltiysk is the westernmost city in Russia and lies at the transition from the Samland Peninsula to the Fresh Spit. The city has always had an important position as a seaport and naval location. During the Soviet era, Baltiysk was a restricted military area and completely sealed off. Even today the city is not freely accessible, you need a pass. Anyone who has it should take a look at the port (at least at the parts that are released there) – after all, the port is the center of Baltijsk and important for the eventful history. The red and white lighthouse, the monument to Peter the Great, the citadel or the Museum of the Baltic Fleet in the former district court are also worth seeing. 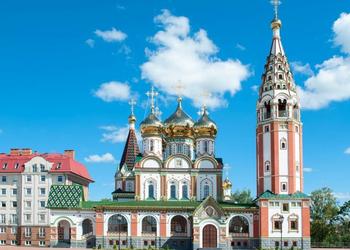 The old Gumbinnen and today’s Gusew is a good place to explore the hinterland. The place itself is a tranquil one. Among other things, it is known for its important moose monument – the moose is considered the unofficial heraldic animal of East Prussia. Stroll through the city and see the different places of worship. In the surrounding area, we recommend a detour to Rominter Heide, a flat, hilly forest and heather landscape. Take a walk, with a little luck you will meet the king of the forest.

Does your heart beat for abandoned places and ruins? Then visit Balga. The historic church fortress was already a witness of the Christianization Crusades in the 13th century and has been reinforced or rebuilt since then. The brick ruins glow fiery red, especially in the evening hours. If you want, you can enjoy the tranquility of the Fresh Lagoon on the nearby, often deserted beach. 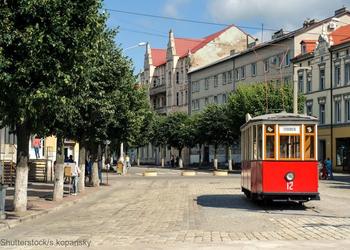 The old Tilsit and today’s Sovetsk lies in the north of the Kaliningrad region, directly on the Memel. The Luisenbrücke leads from the Russian exclave over the historic river to Lithuania. It was blown up in 1944 to make it more difficult for the Soviet army to advance, but part of the old bridge is still there today.
In Sovetsk, as in the entire Kaliningrad region, old architecture was destroyed or left to decay. Churches, the old castle and the town hall are therefore no longer preserved. Nevertheless, historical streets can be discovered that testify to East Prussian history. In Hohen Strasse (Uliza Pobedy), for example, you can still admire the Art Nouveau and Neo-Renaissance facades – albeit a bit worn out. Attention: Due to its location close to the border, Sowetsk is a restricted area and may only be visited with a special permit. 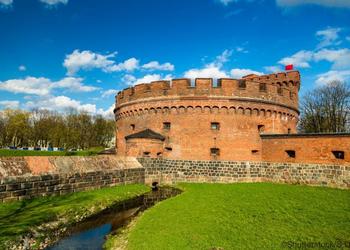 A visit to the Kaliningrad region would not be complete without a tour of the Kaliningrad Amber Museum. Here you can admire up to 14,000 artistic exhibits – pieces from the Stone Age to artistic works from today, as well as natural and very rare lizard inclusions. Learn interesting facts about the “gold of the Baltic Sea”, which has linked the regions of Europe for thousands of years. If you want an insight into today’s amber mining, our 5th place is recommended. 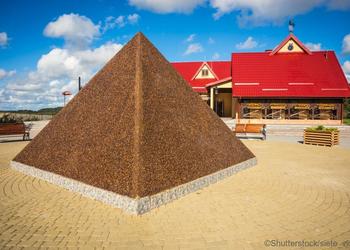 This seaside resort is all about amber (jantar = amber). Here you have a good view of the world’s largest amber mine (special permit required) and you will find clear information on how amber is mined nowadays. The amber promenade takes you to the wonderful, spacious beach, where you can end the day. 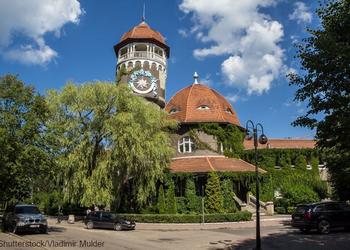 The old Rauschen (today Swetlogorsk), the former Cranz (today Selenogradsk) and other traditional seaside resorts can be found on the Samland coast. We recommend a visit to the former “Volksbad” Rauschen, today’s Swetlogorsk. This place was one of the few to survive the Second World War relatively unscathed. The Kaliningrad region maintains its historical heritage, Svetlogorsk has virtually blossomed into the “Sochi of the Baltic Sea”. You can easily reach the seaside resort from Kaliningrad by train. The beautiful cable car takes you from the train station directly down to the beach. 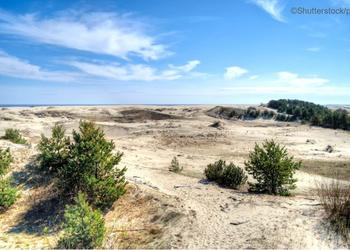 The Curonian Spit is a popular holiday region in the Kaliningrad exclave and also a nature reserve. It is characterized by an extensive dune landscape, pine forests, the lagoon and the Baltic Sea coast and the tranquil villages of Lesnoje (Sarkau), Rybatschi (Rossitten) and Morskoje (Pillkoppen). The Kurschskaya Kossa National Park extends from the Lithuanian border to the seaside resort of Zelenogradsk (Cranz).

But be careful: there are a few rules that you should follow in the park. For a swim in the Baltic Sea you should only choose designated beaches, you should not swim in the lagoon at all. Pay attention to signs and adhere to the appropriate rules of conduct in the respective protection zones. 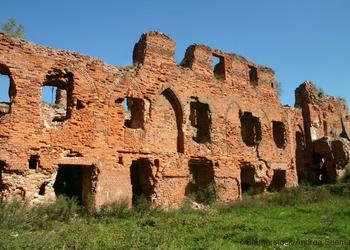 The small town of Maevka (formerly Georgenburg) is located near the town of Chernyakhovsk. Maevka is particularly famous for the traditional stud farm, which today – after it was not used as a stud farm from the end of the Second World War until the 1960s – is operated as such again. The remains of the old Georgenburg are worth seeing. The first castle was built in 1345 as a wooden structure, but was later destroyed and rebuilt in stone. A stud farm was attached to the castle as early as the time of the Teutonic Order. 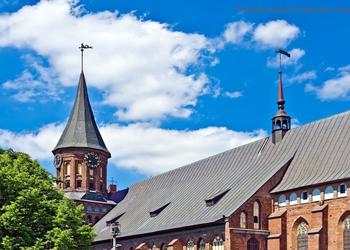 Kaliningrad’s perhaps most famous building: the old Koenigsberg Cathedral from the 14th century. The sacred building on Kneiphof Island, wedged between the two arms of Pregel, suffered from the bombing of the Second World War and years of neglect, was only preserved as a ruin. In the meantime it has been restored, today it has a central position again, houses the city museum, the cathedral museum and a library. The new organ can also be heard at classical concerts that visitors can attend. The philosopher Immanuel Kant is buried on the north wall of the cathedral. According to legend, it is thanks to the grave that the Soviets did not demolish the cathedral, but rather tolerated the building.