The war in Afghanistan is the term for the political and military conflict in Afghanistan that began when the United States launched the military campaign Operation Enduring Freedom (OEF) on October 7, 2001, with a particularly heavy south. The goal was to hit al Qaeda and the Taliban. 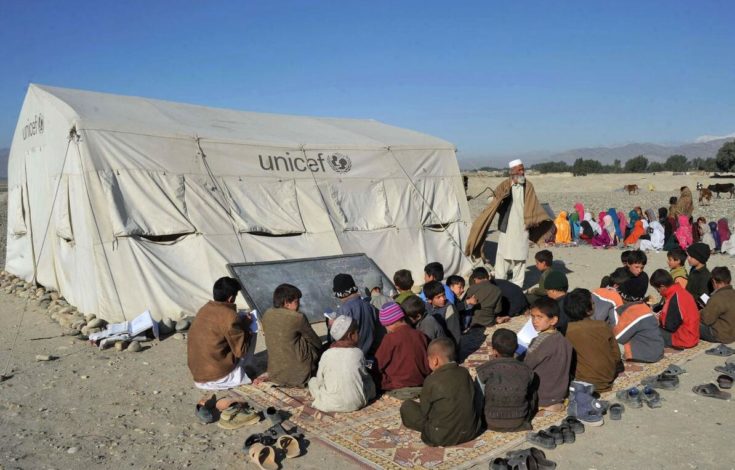 The background was the terrorist attacks against the United States on September 11, 2001, carried out by the al-Qaeda terror network. Since 1996, the Taliban regime in Afghanistan had allowed al Qaeda to use the country as an operational base, and was considered co-responsible.

The United States led the retaliation against the Taliban, and from October 2001 the Taliban’s positions became the subject of extensive bombings. Taliban forces were quickly defeated, and groups led by the so-called Northern Alliance captured Kabul in November 2001 with support from the United States. Both al-Qaeda leader Osama bin Laden and Taliban leader Mullah Omar escaped. In parallel with the Afghan government, led by Hamid Karzai, building political and administrative structures, the Taliban regained resilience in the years that followed. The war gradually expanded to large parts of the country.

Authorized by the UN, a number of NATO countries, including Norway, chose to assist the United States by sending military personnel and equipment to Afghanistan. Initially, Norway’s contributions were of a particularly military nature. Later, among other things, competence building within the Afghan police was emphasized. In the years 2005–2013, Norway had a particular responsibility for improving the security situation in Faryab province northwest of the country.

The Taliban has carried out a number of attacks, including on public buildings, car convoys, Afghan and foreign security forces, UN offices and embassies. In addition, the increasing use of suicide bombs has taken many lives. Up to 2014, a total of 3423 foreign soldiers were killed in the war in Afghanistan, including 10 Norwegian. The numbers of other victims in the war are uncertain, but the Taliban and other resistance groups have lost a lot of fighters. In addition, thousands of civilians are either killed or mutilated.

Many countries in the 1990s were concerned about the impact of the international terror network al-Qaeda, which was established by Osama bin Laden in 1988.

Al-Qaeda carried out a series of terrorist acts before September 11, 2001, particularly targeting US interests and citizens. The attacks included bombings against the World Trade Center in February 1993, against US embassies in Nairobi (Kenya) and Dar Es Salaam (Tanzania) on 7 August 1998, and against a US naval vessel at the port of Aden in Yemen in October 2000. The most deadly were the attacks towards the embassies where car bombs were detonated almost synchronously. In Nairobi, a total of 224 people, most of them Africans, were killed while about 4650 were injured. In Dar Es Salaam, ten people were killed.

In 1996, bin Laden moved his business to Afghanistan where he was eventually given protection by the Taliban. Here, bin Laden was able to prepare uninterruptedly what became a turning point in the relationship between the international community and al-Qaeda; the terrorist attacks against the United States on September 11, 2001.

The Taliban had gradually taken over Afghanistan from 1994, and in 1998 the organization controlled the country, with the exception of a few provinces in the northeast. The Taliban appeared to Afghans as a credible alternative as the country was hit by a bloody and devastating civil war in the early 1990s. The organization also received a lot of support from Pakistan, as Pakistani authorities believed that the Taliban could best safeguard Pakistan’s security policy interests in the neighboring country. Pakistan, India, Iran, Uzbekistan and China are the regional players in the Afghanistan war

The Taliban’s literal interpretation of Islam, with special implications for women and girls, led to increasing international condemnation. The community with al-Qaeda contributed in the same direction, and through the cooperation with the Taliban, bin Laden was able to run his training camps, which eventually got participants from a number of countries in Central Asia and northern Africa.

However, even before September 11, 2001, the Taliban realized that their proximity to bin Laden could cause them problems, but partly because the United States did not recognize the Taliban, it proved impossible to enter into a dialogue about what to do with al-Qaeda’s leader. The US authorities demanded bin Laden be extradited, but the Taliban rejected this on the grounds that there was no evidence proving the allegations against him. The Taliban suggested that the Islamic Conference should direct legal action against bin Laden, but the proposal was rejected as unreliable by the United States. Just days before the bombing of Afghanistan began, the Taliban proposed that bin Laden be tried before an Afghan court, provided evidence was provided that linked him to the terrorist attack against the United States. The proposal was rejected by the US, and the same was the case with the proposal the Taliban made after the bombing started; regardless of the evidence, bin Laden was to be extradited to a third country, in return for the US to stop the bombing of Afghanistan. For the United States, there was only one alternative; war against the land that had given bin Laden the shelter he needed to plan and execute the deed on September 11, 2001.

With broad international support, the United States led the retaliation against al-Qaeda and the Taliban following the September 11, 2001 terrorist attack. their bases; including the areas around Kabul, Jalalabad near the border with Pakistan and Kandahar in the south, where the Taliban had its headquarters. The United States also provided military support to the so-called Northern Alliance, a Tajik-led umbrella organization of political factions in the north of the country, which fought against the Taliban. 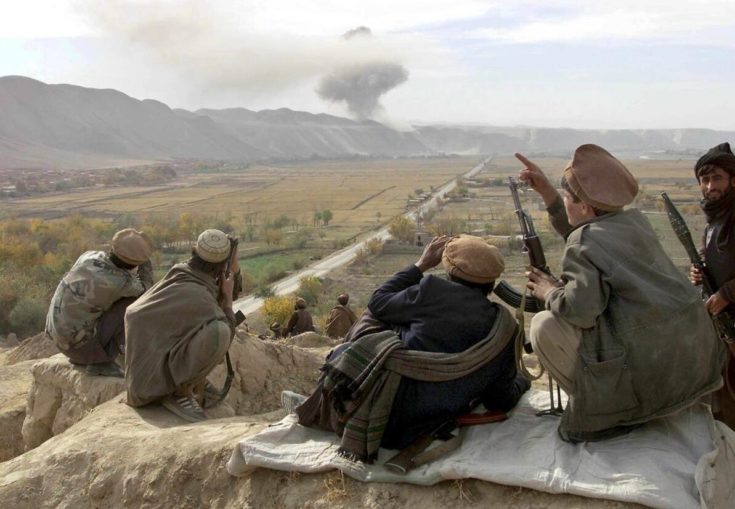 Image dated November 18, 2001, showing soldiers from the Northern Alliance watching the explosion after a US bomber dropped bombs over Taliban positions near the village of Khanabad, in Kunduz Province, north of Afghanistan.

In a matter of weeks, large parts of the Taliban’s forces were defeated. Many surrendered or fled, others were killed in fighting, and a large number were captured. Of these, hundreds were later interned in the US base Guantánamo in Cuba. As of 2014, a total of 779 prisoners had been interned since 2001, of which just over 130 without trial and verdict. In the spring of 2015, there were still almost 200 prisoners at the base.

The massive bombing had primarily political and military objectives, but the civilian costs were extensive. In addition, there were significant violations of international law regarding the treatment of prisoners of war. For example, hundreds of prisoners in the north of the country were suffocated during unlawful transport in containers.

The Taliban and al-Qaeda troops fled from Kabul on November 12, and the following day the capital was conquered by the Northern Alliance with foreign, and especially US forces. al-Qaeda regrouped and entrenched itself, among other things, in the cave complex Tora Bora at the border with Pakistan.