Tanzania is a republic in East Africa bordering Mozambique, Malawi and Zambia in the south, the Democratic Republic of Congo, Burundi and Rwanda in the west, and Uganda and Kenya in the north.

With a long coast towards the Indian Ocean, the area that today is Tanzania has been a meeting place between cultures for millennia. India, Persia, the Arab world and a number of African peoples have helped shape Tanzania today. It is Africa’s 5th most populous country.

In 1964, Tanganyika and Zanzibar merged under the name of the United Republic of Tanganyika and Zanzibar. Later that year the country changed its name to Tanzania, which is a combination of the names of the two former countries. Tanzania is a popular destination for tourists, mainly because of its rich wildlife and its beautiful beaches.

The national anthem is Mungu ibariki Africa, which is a translation into Swahili by Nkosi Sikelel ‘iAfrika. The hymn was written by the South African Enoch Sontonga in 1897, and became a widely used martial song to the colonial government in much of Africa. It is national anthem in several African countries.

Tanzania has 57 million inhabitants (UN 2017) divided into more than 120 different groups of people. WaSukuma is considered the largest group with about 13 percent of the population. There are also minorities of Europeans, Asians and Arabs, and their descendants. Marriage between different ethnic groups is not uncommon in today’s Tanzania. Tanzania has largely been spared from ethnic conflicts.

Nearly 130 different languages ​​are spoken in Tanzania, divided into six language families. Swahili and English are official languages. Swahili has basic structure as a bantu language, with borrowing words from a number of other languages ​​such as Arabic, English, German and Portuguese. Although many Tanzanians speak languages ​​other than Swahili as their mother tongue, the vast majority of Swahili speak – partly because it is used in primary school teaching. English is used in high schools and universities, in administration and business. Along the coast and on Zanzibar is Swahili mother tongue. Swahili is also common as a lingua franca in other parts of East Africa.

26.7 percent of the population lives in cities (2011). The capital is today officially Dodoma, located inland. Dar es Salaam, with its 5.1 million inhabitants (estimate for 2015, United Nations Population Division) is the largest city and the most important urban center. Many countries, including Norway, have their embassy in Dar es Salaam instead of in the capital.

Today, most Tanzanians are either Christians or Muslims. Religion-related statistics in Tanzania are considered unreliable. Estimates range from 60 percent Christians and 36 percent Muslims according to the 2010 Pew Report on Islam and Christianity, to a 55 percent Muslim majority, according to the Muslimpopulation.com website. There are also smaller groups of animists, Hindus, Buddhists and Sikhs. In Zanzibar, more than 95 percent of the population is Muslim.

Tanzania is a union between what used to be Tanganyika and Zanzibar. The country is a republic where the president is head of state, head of government and commander-in-chief of the armed forces. The president appoints a prime minister as the government’s leader in parliament. The incumbent is John Pombe Magufuli and Prime Minister Kassim Majaliwa, both from the Chama Cha Mapinduzi (Revolutionary Party).

There are presidential and national assembly elections every five years. The National Assembly has a maximum of 357 members. Most are elected from their respective constituencies, ten are directly appointed by the president and five come from the Zanzibar National Assembly. The Minister of Justice also automatically has a seat in parliament. Each party in parliament must have at least 30 percent female representatives.

The legal system in mainland Tanzania is based on British Common Law. The judiciary consists of four levels, with the Supreme Court at the top. The Chief Justice appoints judges to the primary courts, while the president appoints judges to the appeals courts and the Supreme Court. Zanzibar has its own courts. The system is very similar to that on the mainland, except that Zanzibar also has an Islamic-inspired civil court.

Zanzibar has partial internal self-government, its own president and its own National Assembly (House of Representatives) with 81 representatives, 50 of whom are elected in general elections. The rest of the seats are appointed by the president or reserved for special groups and officials. Elections to Zanzibar’s President and National Assembly take place at the same time as elections in the rest of the country.

Chama Cha Mapinduzi (CCM) has dominated politics since the party was founded in 1977 and is the party that has ruled the longest in Africa. CCM is an association of the Tanganyika African National Union (TANU) and the Afro-Shirazi Party, which were then the only parties on the mainland and Zanzibar respectively. In 1992, the one-party state was repealed and the constitution was amended so that other political parties could promote candidates for political office. In Zanzibar, subsequent elections have been associated with conflict and allegations of electoral fraud.

Tanzania is a member of the UN and most of the UN’s special organizations, including the World Bank, among others by the World Trade Organization, the Commonwealth, the African Union, the SADC and the Cotonou Agreement (formerly the Lomé Convention).

Since 2000, Tanzania’s economic growth has averaged 6.7 percent. This is well above average for the region and one of the highest in Africa. National poverty statistics show a decline of about 17 per cent from 2007 to 2013. By contrast, 28.2 per cent of the population live below the national poverty line (2011/2012). According to the World Bank, Tanzania’s gross domestic product (GDP) is $ 33.23 billion (2013). Adjusted for purchasing power parity, GDP is $ 79.29 billion, according to the CIA World Factbook.

Tanzania is today a mixed economy with an active private business sector. The state, on the other hand, maintains presence in some sectors such as telecommunications, banking, energy and mining.

Although Tanzania is on its way to the goal of becoming a middle-income country, there is some distance left. Most Tanzanians have made little sense of economic progress. High unemployment among young people, poor quality of public schools and low income in agriculture, as well as maternal health are key challenges.

Agriculture is the most important industry. It accounts for 25 percent of GDP, 85 percent of export revenues and employs 80 percent of the population. The most important agricultural products are coffee, tea, cashews, cotton, tobacco, carnation, corn, wheat, cassava, as well as various fruits, vegetables and spices. Cattle, sheep, goats and chickens are common among domestic animals.

Tourism is also a key industry, accounting for 25 per cent of GDP, but employs only two per cent of the population. Tanzania has several nature reserves which are popular destinations for safari tourists, as well as beautiful beaches along the mainland coast and on Zanzibar. Kilimanjaro, Africa’s highest mountain, also attracts many tourists.

The mining sector is another important part of the economy. Gold, diamonds and iron are extracted. In 2012, nickel deposits were discovered in Tanzania.

Large gas discoveries have also been made off the coast in recent years. These are expected to generate large tax revenues in 15-20 years. The findings have also created expectations of job opportunities and improvement of social services. In order for the revenue to benefit the country, new expertise and institutions that can manage the revenue are required. Norway supports Tanzania with Oil for Development program of NOK 28.8 million (2014).

Corruption is widespread at every level of Tanzanian society. Several corruption scandals have characterized the media image in recent years. In 2014, a corruption case in the energy sectors, involving key politicians, led to several donors withholding aid to the country. Tanzania is number 117 out of 175 countries on Transparency International’s Corruption Perceptions Index (2015). 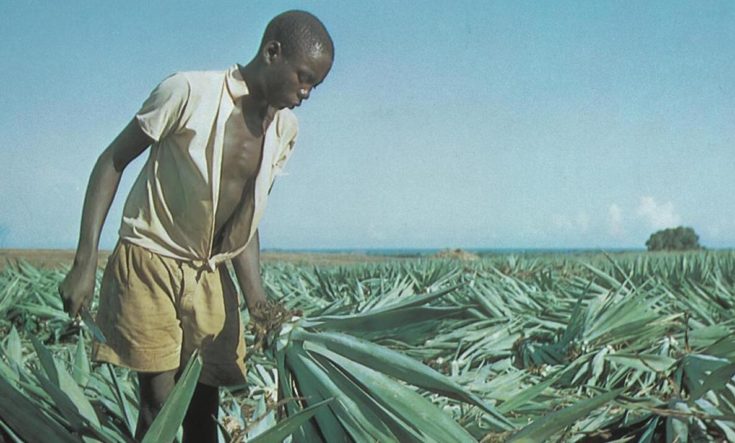