Tanzania extends from the east coast of Africa to the border of the Democratic Republic of Congo in the west. In addition, Tanzania includes several islands, such as Unguja and Pemba (which together make up Zanzibar) and the Mafia. The northernmost point in the country is less than two kilometers south of the equator. Kilimanjaro, Africa’s highest mountain, is located in Tanzania and is 5895 meters high.

Between Tanzania, Uganda and Kenya lies Lake Victoria, Africa’s largest lake. The lake is usually considered the source of the Nile. Between Tanzania and the Democratic Republic of Congo lies Lake Tanganyika, which is the world’s second deepest lake, after Lake Baikal in Russia. The maximum depth is 1470 meters, and the lowest point is 352 meters below sea level. This is Africa’s lowest point.

In the northeast of the country are several mountain ranges and large forests. Further west lies the Gregory Gorge, which is part of the Rift Valley. Along the coast are several mangrove forests.

The climate is tropical, but with great local variations. Central Tanzania is highland, as part of the East African Plateau. There the temperature varies between 10 and 20 ° C. In the lowlands it is warmer. The coldest time coincides with the Norwegian summer. For the rest of the year, the average temperature is 25–31 ° C. Along the coast, the weather is usually warm and humid all year round. There are two rainy seasons, with some large regional variations. A short period ( vuli ) from November to December and a longer rainy season ( masika ) from March to May.

Tanzania is known for its very rich wildlife. National parks, wildlife sanctuaries and other conservation areas make up more than a third of the land area. There are 310 different mammals, more than a thousand bird species, more than a hundred snakes and reptile species and 60,000 different insects. In the Tanganyika Lake, several species of fish live nowhere else.

Several of the animals are endangered, including black rhino, several types of turtles and the flying dogs of Pemba, which with a wingspan of 1.6 meters is one of the world’s largest bat species. With 11,000 different plants, Tanzania also has a very rich flora. 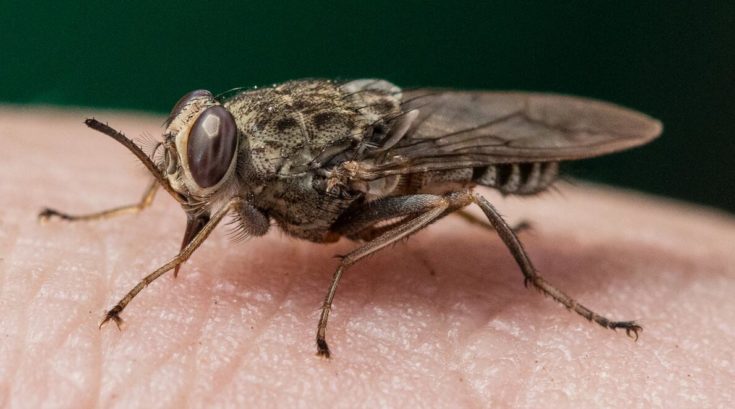 Large parts of Tanzania are covered by grass savanna with scattered tree vegetation, including acacias and other tree species in the pea flower family (Brachystegia, Isoberlinia). Different types of forests grow in larger and smaller populations spread across most of the country. Above the tree line there are grassy beds, in low rainfall areas there is alpine desert. In rain-shaded areas, semi-desert and steppe vegetation dominates, while thick grass and reed belts grow along lakes and swamps. Along the coast there is a good deal of mangrove forest.

The animal law in Tanzania is very rich, especially in national parks and reserves. To the north are the major national parks Serengeti, Tarangire and Kilimanjaro, the Ngorongoro Crater and the arid Mkomazi Reserve. Further south are the Ruaha and Mikumi National Parks and the Selous Reserve, with much untouched nature and the country’s largest elephant population.

Tanzania has a very species rich mammalian fauna, 14 of the 320 species are native (endemic). Elephant, hippopotamus, coffee buffalo, lion and leopard are found in most parks. In addition, giraffe, zebra, many antelopes and gazelles, spotted hyenas, small predators and monkeys are numerous. Pointed horns and cheetahs have become rare. 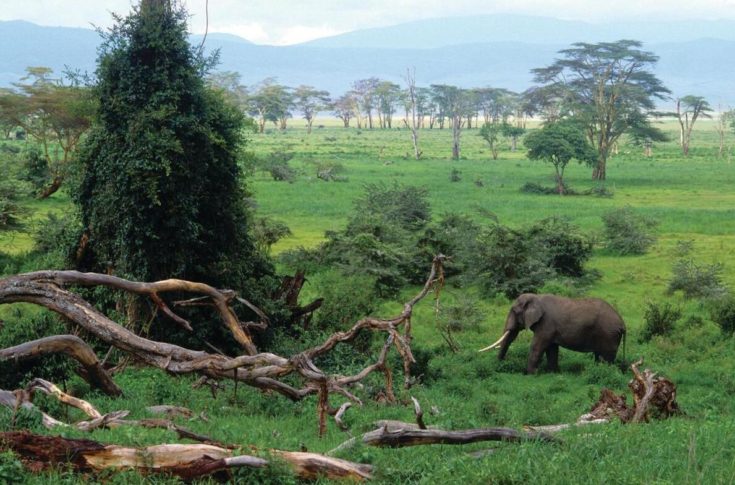 Ngorongoro National Park, north of Tanzania, lies in a volcanic crater and has the highest density of big game in Africa.