Afghanistan occupies the north-eastern portion of the plateau of Iran and lies between 29° and 36° N, and 79° and 90° E. It borders on the north with Turkestan, on the east with Peshawer and the land of the Sikhs, as well as with part of Sindh, south to Baluchistan and west to Persia. The bottom slopes westward. The Himalayan range, the gigantic dividing wall of the Indies, continues westward in the Hindo-Khoe and the Paropamisus. From the Hindo-Khoe ridges run southward, reaching the coast of the Arabian Sea under the names of Soliman Mountains and Brahoei Mountains. These mountains form the natural borders of India, and Afghanistan in the country, where one passes from the basin of the Oxus to that of the Indus. Northwards a mountain pass above Kabul leads over the Hindo-Khoe, and southwards one travels through the deep valley of the Kabul River, at which Shelalabad and Peshawer are situated not far from the Kheiber Pass, and further through the Bolan Pass, a gorge of the Brahoei Mountains, through which one reaches Sindh. Those mountain passes are known from ancient times, even among the ancient Greeks, and the four capitals of the country, Kabul, Ghasnah, Kandahar, and Herat, owe their greatness to that important trade route which connects India with Persia and Turan. The Paropamisus Mountains, inhabited by the tribes of the Eimaks and Hazareh, are still largely unknown. The eastern highlands of Kabul and Ghasnah have a southwestern slope and pass into the desert of Sedshestan, where near the Persian borders the steppe lake Zareh receives the waters of Hilmend. The interior of Afghanistan is little known, so that the figures about its average altitude range from 1300 to 2200 Ned. el. The land is sparsely watered. The Indus forms part of its eastern frontier and incorporates the Kabul, the country’s only major river.

The Contemporary History of Afghanistan 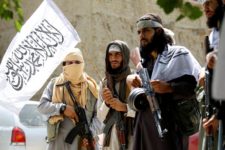 War and conflict have characterized Afghanistan’s near history. In 1973, the king was deposed in a coup. In 1979, the country was invaded by the Soviet Union After the Soviet-backed Democratic Republic of Afghanistan collapsed in 1992, Afghanistan was thrown…
Read more

Afghanistan was an ancient part of the Indian and Persian empires, and the area was also known from Alexander the Great ‘s time as a site for parts of the historically important Silk Road. Throughout the Middle Ages, the area…
Read more

The War in Afghanistan IV 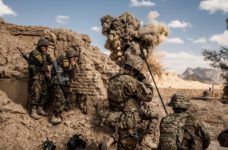 Military presence 2015–2017 While ISAF consisted mostly of military forces from a total of 51 countries, several of these started in 2010 to prepare for the withdrawal of their troops. Agreement between NATO and the Afghan government indicated a general…
Read more 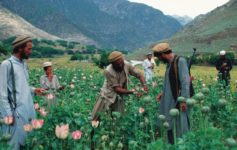 Afghanistan, Central Asia’s interior republic, bordered by Iran, Pakistan, Tajikistan, China, Uzbekistan and Turkmenistan. Throughout the Middle Ages, the area was dominated by Muslim armies and Mongol kingdoms, and it was also known from Alexander the Great ‘s time as…
Read more 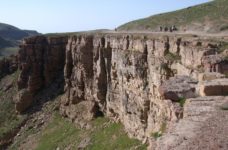 Afghanistan is a mountainous country and otherwise small fertile river valleys, deep ravines, desert and mountain plateau. The Hindukush mountain range fills large parts of the country. It reaches over 7000 m in the Vakhan corridor in the northeast. The…
Read more 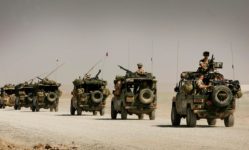 Norway’s contribution Since the turn of the year 2001/2002, Norway has contributed militarily in Afghanistan, and about 7,000 Norwegians have so far participated in the war. The engagement has been justified along four lines; (1) request from the UN and…
Read more

Transitional Government and Constitutional Assembly In November / December 2001, the German government, in consultation with the UN, organized a meeting in Bonn to discuss Afghanistan’s future following the deployment of the Taliban. The meeting was dominated by the Northern…
Read more 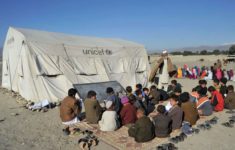 The war in Afghanistan is the term for the political and military conflict in Afghanistan that began when the United States launched the military campaign Operation Enduring Freedom (OEF) on October 7, 2001, with a particularly heavy south. The goal…
Read more

Economy and Business in Afghanistan 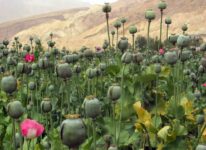 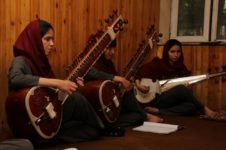 The music traditions in Afghanistan vary regionally and ethnically, reflecting ties to Central Asian, Oriental and Indian culture. Each ethnic group exhibits their own musical styles, especially in folk music. Hand instruments in a variety of designs, sizes and ethnic…
Read more