Stockholm is the capital of our neighboring country Sweden, and is often only referred to as “Nordic Venice”.

It is in fact very easy to draw associations to the Italian river city, as Stockholm’s buildings are largely surrounded by rivers and canals. In total, the venerable city consists of 14 islands, which are connected by 53 bridges, and the unique outdoor areas make the city perhaps Scandinavia’s most beautiful capital.

Stockholm houses 975,000 inhabitants, but still has a charming feel that does not make it feel like a typical big city. Tens of thousands of Norwegians holiday here every single year, to experience a city that cannot be compared to our own capital. There are plenty of sights in the city, which offer a varied culture with both dining and nightlife adapted to any age group. And of course a lot to do for the little ones! 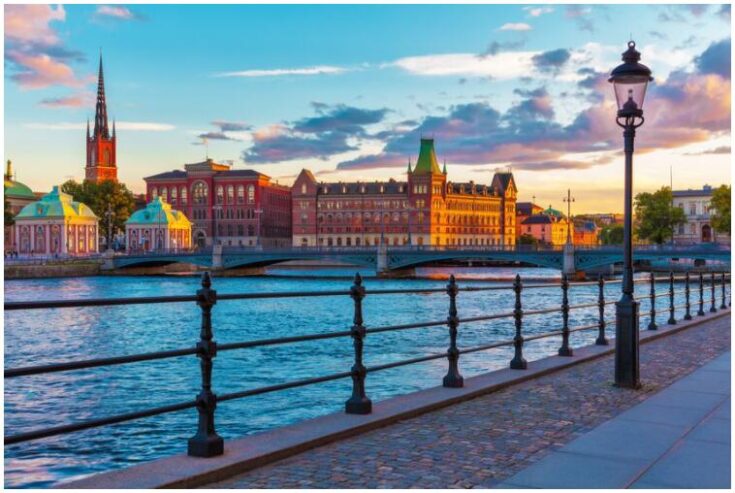 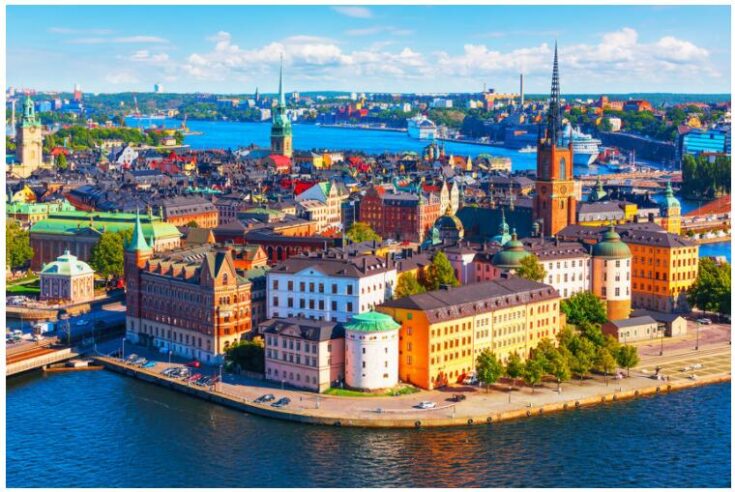 Taking a trip to Stockholm is something everyone should do at least once in their life. The Swedish capital is not only strikingly beautiful, it is also rich in everything we appreciate on a real city break.

Here you can indulge in cultural offerings, enjoy fantastic food and cozy cafes, explore the trendy nightlife, or just stroll around enjoying the relaxing atmosphere. If you need even more good reasons to visit Stockholm, we have listed some here.

Stockholm is often referred to as the Venice of the North, and those who have been there understand why. Not only is the city strikingly beautiful, but it also has a proximity to the water that few other cities can match. In total, Stockholm consists of 14 islands, which are woven together by over 50 bridges. This gives the city its unique look, with all its different neighborhoods spread across the different islands.

There is little that beats walking along the water’s edge in Stockholm on a hot summer day! We also recommend viewing Stockholm from the sea. You can do this either by renting kayaks to paddle around on your own, or you can use Ocean Bus which has guided tours on the water in an amphibious bus. There are also other companies that arrange more traditional guided boat trips, such as Ecosightseeing.

We have already mentioned it a few times now, but Stockholm is a wonderfully beautiful city with a wealth of beautiful historic buildings. Despite the fact that the city is a big city with almost a million inhabitants, the city is not characterized by towering high-rise buildings and skyscrapers. Here, instead of beautiful classic buildings such as the City Hall, the Knights’ House, the Laurinska House and the Nordic Museum, it characterizes the cityscape.

The Gamla Stan district, with its history dating back to the 13th century, also has one of the best-preserved medieval city centers in Europe. The whole district is like one big museum you can walk around, filled with historic buildings and sights.

Here you will also find Stockholm’s oldest square, Stortorget, which is also a “must” to visit for those interested in beautiful architecture. Here you can view beautiful buildings such as Börshuset, Grillska huset, Seyfridtzska huset and one of Stockholm’s most distinctive buildings, Schantzska huset.

A city rich in culture and history

Stockholm’s history dates back to the 13th century and it has a lot to offer both for culture and history enthusiasts. We have already mentioned the Gamla Stan district, which is Stockholm’s historic center, and which everyone who visits Stockholm should experience. In addition to this, the city has a number of exciting museums, with the Vasa Museum as the most famous.

The warship Vasa was supposed to be the jewel in the Swedish navy, but instead the ship went straight to the bottom of its maiden voyage from Stockholm in 1628. It then remained on the seabed until April 24, 1961, where it was lifted off. the sea and was put in a separate museum. The mud on the bottom meant that the ship was extremely well preserved, and it therefore today consists of 98% original parts. At the Vasa Museum you can view the ship up close, as well as look at all the objects that came with the ship.

Another very popular cultural attraction in Stockholm is the ABBA Museum. The Swedish pop favorites in the music group ABBA got their own museum in 2013, and the museum has since become one of the most popular tourist attractions in Stockholm.

The city also has several exciting art and history museums such as Fotografiska, Prince Eugene Waldemarsudde, Stockholm’s Medieval Museum, the Nordic Museum and the Royal Armory to name a few. In addition to all this, you can go to concerts, theater, shows and musicals, or what about a football match with AIK, Hammarby or Djurgården? Stockholm has something for everyone.