Samoa is located in the southwestern Pacific Ocean, between Fiji and the Cook Islands, and is about the size of Blekinge. The country consists of the two larger volcanic islands Savai’i and Upolu, as well as seven smaller coral islands. 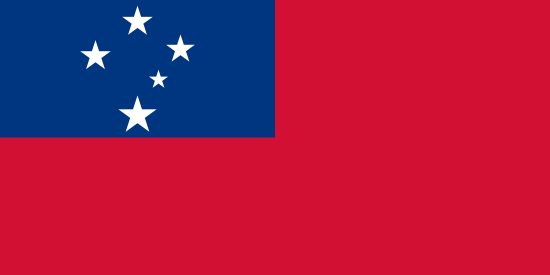 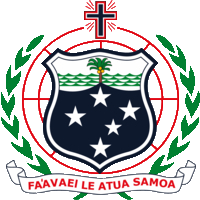 The Samoa Islands – today divided between Samoa and American Samoa – were inhabited by Polynesians during the latter part of the 1000s BC. In 1722, the Dutch explorer Jakob Roggeveen became the first European to visit the Samoa Islands. During the 19th century, the islands were colonized, and a treaty in Berlin in 1889 between Great Britain, the United States and Germany stated that the whole of Samoa would become a neutral area.

The treaty was repealed in 1899 after internal conflicts broke out in Samoa. The archipelago was then divided between the United States, which received the eastern parts, and Germany, which received Samoa. When Germany lost its colonies after the First World War, New Zealand took over the administration until independence in 1962.

Polynesian culture is well preserved in Samoa. Most live in traditional and highly self-governing village communities, where clans and their leaders have much power. The male heads are city councils, which distribute land and fishing water between households. They are also responsible for ensuring that everyone, including the elderly and the sick, has a secure livelihood. There are also strong Christian values ​​in society. The church and the pastor play an important role in the village’s social life. In the Samoan lifestyle, Fa’a Samoa, obedience to authority and to the elderly is a matter of course.

The economy in the country is relatively undeveloped. Most live on agriculture and fishing for household needs. Foreign currency comes mainly from Samoans abroad who send money home to relatives. Tourism is also an important industry that today brings in far more than exports of goods.

The author Robert Louis Stevenson, who wrote the books “Treasure Island” and “Dr. Jekyll and Mr Hyde”, lived in Samoa during his last years. His home is now a museum, and one of the country’s most visited sights. Author Alberto Manguel wrote the book “Stevenson Under the Palm Trees” in 2003, which is about Stevenson and his time in Samoa.

Electricity and electrical outlets in Samoa

According to Countryaah, Apia is the capital of the Pacific island nation of Samoa, and has about 58,800 residents (2001). Apia is the main port of Samoa and also the only city in the country.

The center consists of the area around Pulenunu Clock Tower and Beach Road where there are banks, shops, restaurants and some hotels. There are three major markets in the city, the Fish Market by the harbor, the Maketi Fou (Fruit and Vegetable Market) on Fugalei Street and a large flea market.

There are few historic buildings besides the churches Catholic Church, Anglican Church and Congregational Christian church as well as the courthouse Apia Courthouse and some houses built during the colonial era. In the city there is the small museum “Samoa Museum” with a small collection of Samoan cultural objects and artifacts. A short distance outside the city is “Vailima”, the home of the author Robert Louis Stevenson, which is now a museum.

On the Mulinuu Peninsula in the northern part of Apia is the Parliament Fono building “Maota Fono” and an old observatory.