Apart from the southern coastal area and the furthest north, Finland lies within the boreal pine forest zone, the taiga table; This means that the flora and vegetation are in part very similar to the eastern Norwegian pine forest. Three quarters are currently covered by forest; 50% pine, 40% spruce and 8% birch. In the forest grows a number of aspen, gray egret, black egret, roe and willow. North of the taiga table is a birch forest zone. In the far north the vegetation is treeless and mostly consists of meadows with dwarf birch and varieties. The coastal areas in the south lie in the boreonemoral zone. Here, among other things, oak, linden, maple, elm, ash and hazel. Finland is very rich in wetlands. Over a third of the land was originally marsh, but today 85% of the marsh area in the south and 40% of the marsh area in the north are ditched and drained. In the south there are still some well-developed tall ants, in the north, palsmyr is common (see marsh). 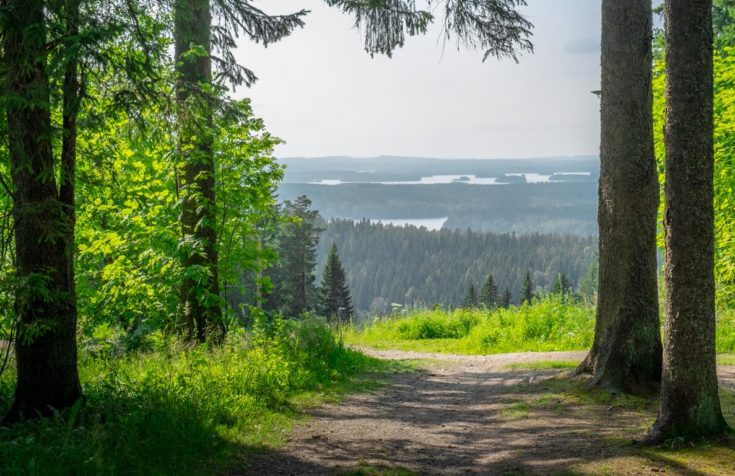