Palau is located about 800 km east of the Philippines in the western part of Micronesia in the Pacific Ocean. The country consists of five island areas with over 300 islands. The capital is Melekeok since 2006, when the capital was moved from Koror, located 20 kilometers southwest of it. 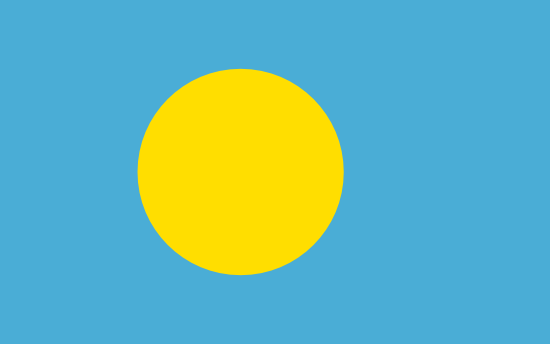 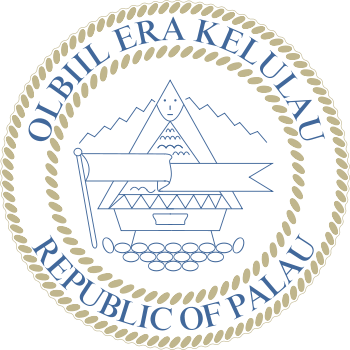 The Palau Islands were discovered in 1543 by the Spanish Ruy Lopez de Villalobos and later came under Spanish supremacy. Germany bought the archipelago in 1899 which then became part of German New Guinea and during the First World War the area was occupied by Japan in 1914. In 1920, Japan received an administrative mandate over the area after the Peace of Versailles in 1919. In April 1922, the Japanese administrative mandate was restructured into the Japanese Pacific Mandate.

The main sources of income are tourism, agriculture and fishing. The state is the largest employer, and its economy is dependent on financial support from the United States. In return, the United States is allowed to have military bases in the country.

The following objects in Palau are listed on the UNESCO World Heritage List.
The year in which the item was added to the list is indicated in parentheses.

Electricity and electrical outlets in Palau

Type of plug: B

Koror is a city, island and state in Palau in the western Pacific Ocean. Koror town is the name of the town located on the western part of the island. It has about 11,000 residents and is the capital of the state of Koror state and the country’s largest city. Koror was previously also the capital of Palau but is still the country’s economic center. The Supreme Court, the Ministry of Finance and the university “Palau Community College” also remain in the city.

According to Countryaah, Melekeok became the capital of Palau on October 7, 2006, replacing Koror. Together with the surrounding villages, it has 391 residents (2005), which, among the world’s independent states, makes it the smallest capital in the world in terms of population. The city was destroyed by the Japanese military during World War II, but in 1992 they chose to rebuild the traditional houses that were destroyed during the war.