Finland has two nuclear power plants in operation with a total output of 2 700 MWe. The share of nuclear power in Finnish power generation is around 30 per cent. A new nuclear reactor is under construction, which is expected to be operational by 2020.

The annual consumption of electrical energy in Finland has recently been around 80 TWh. This amounts to approximately 14,500 kWh per inhabitant, which is very high on a world scale. Domestic power generation, which was 69 TWh in 2015, is still not enough to cover its own consumption. A large part of production (22 per cent) is based on imported fossil fuels, mostly coal and natural gas. The coal is imported from Russia and Poland, while the natural gas comes from Russia. In 2015, nuclear power contributed 30.3 per cent (23 TWh) of power generation. It is also a significant contribution fromhydropower (25 percent) and bioenergy (17 percent). Lack of production capacity means that Finland has to import considerable amounts of electrical energy. In 2015, net imports of electricity were 16 TWh. Previously, most of the imported power was sourced from Russia, but a new transmission link to Sweden, with a capacity of 2,800 MW, has changed this picture. 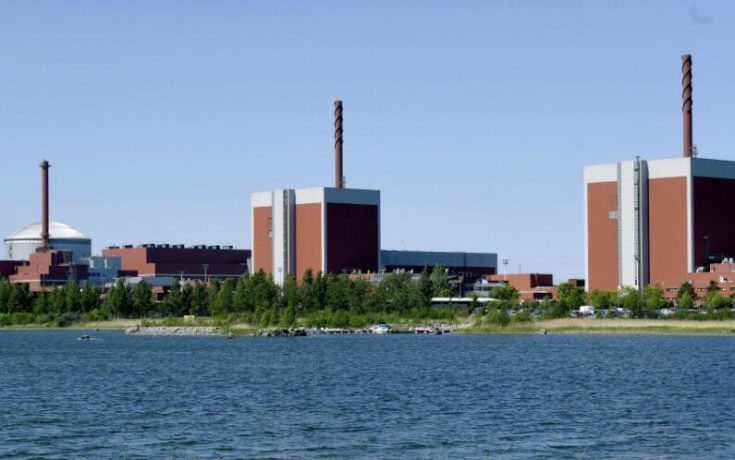 The decision to build a fifth reactor, Olkiluoto 3, was made in the Finnish parliament in 2002. This was an important decision for the nuclear power industry, since it was the first decision to build a new nuclear power in Western Europe in more than 10 years. The basis for the decision was the government’s climate policy and the consideration of the country’s energy security, which means that the country must become less dependent on imported energy products.

Work on the reactor began in 2005, and it is scheduled to be in commercial operation from 2010. Delays, major cost overruns and disputes over responsibility allocation have meant that commercial operations are not expected until June 2020, ten years after the original plans.

In July 2010, the Finnish parliament approved the construction of two new reactors: Olkiluoto 4 and Hanhikivi power plant near the city of Pyhäjoki. Work on Olkiluoto 4 was postponed due to delays with Olkiluoto 3, and this project has now been canceled. For Hanhikivi power plant, an agreement has been signed with Rosatom which will supply a reactor of the type VVER-1200 / V-491 and contribute with the financing.

Finland is one of the countries that has progressed the most in defining plans for long-term management of radioactive waste. When it comes to guidelines for handling spent nuclear fuel, Finland has decided that final storage should take place in stable, deep geological formations 400 m below ground. Work on developing a program for this was initiated in 1983, that is, immediately after the first four reactors came into commercial operation. The spent fuel will not be worked up. Onkalo on the west coast of Finland has been selected as a repository, and the initial work on the plant is now underway. The plan is for new deep underground tunnels to be blown out as the need arises.

In order to finance this development, the government has set an annual fee from the power companies that are set up in a separate fund. The fund will finance both the final disposal program and expenses associated with a future closure of power plants.