According to internetsailors, Myanmar traditionally has a high rate of literacy, which is partly due to the tradition of monastery schools. For the 1987 application to be included in the list of Least Developed Countries (LDCs), the number of illiterates had to be revised upwards.

Up to the 4th grade, which is preceded by a preschool year, schooling is compulsory in Myanmar, after which the middle school (6th-8th grade) and high school (9th and 10th grade) can be attended after exams. According to statistics from the Myanmar Times, 5.1 million students attended elementary school, 2.3 million middle school and 0.67 million high school. Up until now, lessons at state schools have primarily aimed at good grades, which entitle them to transition to the next higher level of education. This has led to a widespread system of tutoring, some of which is also given by teachers, and which puts the weaker income groups at a disadvantage.

The country’s universities were closed for a long time after 1988 to prevent further student unrest. In addition, many new facilities have been created in a decentralized manner, some of which, however, only have poorly qualified staff and few textbooks. There are great efforts to increase the level of education through distance learning, but this fails in many regions due to a lack of electricity and insufficient internet connections.

Germany has been active in Myanmar for a very long time through the DAAD scholarship program. The longstanding Minister of Education under the Thein Seins government, Dr. Khin San Yee, is a DAAD alumni.

For foreign students there are currently only two options for attending a Burmese university. On the one hand, the Burmese language can be learned at the University for Foreign Languages; on the other hand, the International Theravada Buddhist Missionary University offers study opportunities with degrees from BA to Ph.D. 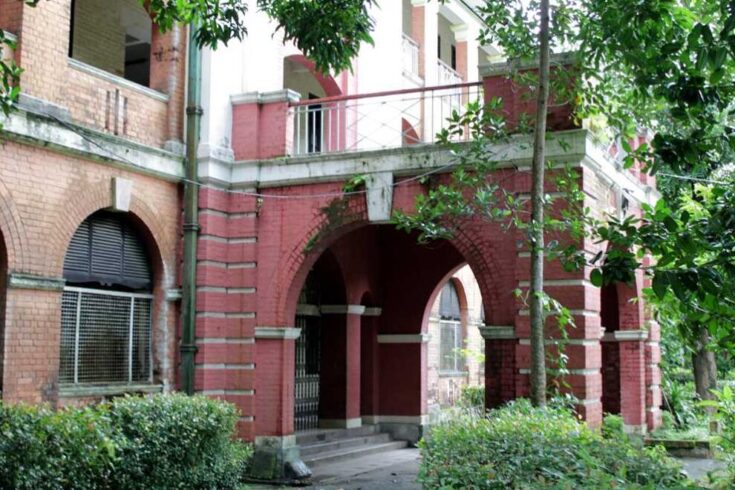 The government seeks to provide graduates with skills that will prepare them for a career. To this end, a National Human Resource Development Center (NCHRD) was established in the Ministry of Education in 1998 and has branches across the country. The GIZ supports programs of technical training, which should lead to consistent standards across the country. To this end, a regional conference sponsored by the German government took place in Naypyidaw in June 2017.

In the 2011/2012 budget, just over 1.3% of funds were allocated to health. The proportion has meanwhile been increased and was increased again by 7% in the 2015/16 budget year compared to the previous year. The number of doctors, nurses and midwives has always been relatively high (altogether 13 for every 10,000 residents of the country). Since the socialist period, there have been health stations and hospitals in all parts of the country under government control. The contrast is explained by the fact that the facilities and their staff have hardly any material or medication available. These usually have to be paid for by the patients themselves. In recent years a number of private clinics have sprung up in major cities.

According to UNAIDS, an estimated 220,000 people were infected with the HIV virus in Myanmar in 2015, 32% of them women. 9,700 people died of AIDS-related diseases. 8,000 new infections were reported. The proportion of those over 15 years of age infected in the total population was 0.6%. (For comparison: in Thailand it was 1.3%.) In addition to combating HIV / AIDS, the work of the World Health Organization aims above all to improve basic services for children, for example through vaccination campaigns against measles and the fight against malaria and tuberculosis.

The main responsibility for dealing with social problems remains with families. The state is traditionally obliged to create the framework conditions so that this task can also be fulfilled. Religious institutions also play a role. A number of monasteries have schools or hospitals and other social institutions. One of the largest non-governmental organizations in the country, the Myanmar Maternal Child Welfare Association (MMCWA), founded in 1991, can be seen against the background of the socialist period. She succeeded the then nationwide women’s organizations of the then unity party and served, among other things, to counterbalance the local associations of the Aung San Suu KyiNational League for Democracy (NLD) to form. In many regions of the country, it also performs social tasks such as looking after children of poor families and organizing health care events. Until the 2010 election, the Union Solidarity and Development Association (USDA), founded by SLORC in 1993, played a similar role. It was a state-controlled organization with more than 20 million members recently, which also performed a number of social tasks in the individual regions of the country. She was accused of taking over the activities of other groups and serving as a kind of control apparatus for the government. Before the 2010 election, the organization was disbanded and incorporated into the Union Solidarity and Development Party (USDP) convicted, which won the elections but only brought a few candidates to parliament in 2015.

Apart from the pension funds for state employees, there is no state-supported pension system. For a few years now, it has been possible to take out only private insurance.

On the other hand, there is an abundance of private organizations in which social work is carried out. One of the oldest is the Muslim Free Hospital, established in 1937 on Maha Bandoola Garden Street. Recently, a number of institutions have been established across the country to offer free funerals to those in need. Some are also affiliated with health care facilities.

DUTY-FREE SHOPPING Overview The following items can be imported into the United Arab Emirates duty-free in hand luggage (people over 18 years of age): 400 cigarettes or 50 cigars or 500 g of tobacco; 2 l of spirits or two cases of 24 cans of beer (max. 355 ml per can) (in Sharjah, however, there […]

Following the fall of the Taliban in 2001, the new government in Afghanistan, with foreign aid, has built up a new defense force: Afghan Armed Forces (AAF). It consists of an army ( Afghan National Army, ANA) and an air defense ( Afghan Air Force, AAF), with the former being by far the largest component. […]

The Congress Party governments under R. Gandhi (1984-89) and P. V. Narashima Rao (1991-96): Indira Gandhi’s successor was her son Rajiv Gandhi , whose Congress Party achieved a two-thirds majority in the Union Parliament in the December 1984 elections. R. Gandhiwas able to record successes at the beginning of his reign. He concluded an agreement […]