Myanmar stretches from the foothills of the Himalayas to the Malay Peninsula. The central plain, traversed by the Ayeyarwady (Irrawaddy) and a few other rivers, is surrounded by hills and mountains in the shape of a horseshoe.

Myanmar – Burma? Until 1989, the internationally common name was Burma (in German Burma). The British colonial power introduced this name based on the Burmese word b’ma. B´ma is linguistically a derivation of myanma, a word that has always been in use with the composition myanma nain-ngan – the Myanmar country or the Myanmar state.

In 1989, the military junta, which came to power in 1988, passed a law that revised the naming of the country and some geographical names. “Myanmar” should now refer to the whole country, and thus, according to the military’s reading, be more inclusive, as it includes all ethnicities and not just refers to the ethnic majority of the Bamar. This language regulation was adopted by the United Nations and most countries in the world, but was long rejected by some Western countries (USA, Great Britain, Australia) and opposition members, which expressed a non-recognition of the military regime. It has been argued that the renaming was enacted by a government that was not democratically legitimized.

In Germany, most publications now call the country “Myanmar”. DIE WELT is sticking to the old German name “Birma”, while SPIEGEL reports on “Burma”. The new names are used on this country information page and some of the old names are added in brackets.

The Ayeyarwady (Irrawaddy – 1800 km long) runs through the country from the foothills of the Himalayas in the north to the delta in the south. The central plain through which the Ayeyarwady flows is framed in a horseshoe shape by poorly developed and difficult to access mountain regions. Due to these geographical conditions, access to the central lowlands by land from the neighboring regions is difficult to this day. The Ayeyarwady forms the central transport and development axis of the country. In the east, the Thanlwin River (Salween – 2980 km) cuts through the Shan Highlands and flows into the Andaman Sea in the southeast.

The coast of the Bay of Bengal and the Andaman Sea is 1,930 km long. The approx. 800 predominantly uninhabited islands of the Mergui Archipelago lie off this coast.

According to aristmarketing, Myanmar’s transport infrastructure still suffers from the ideology of socialist autarky that has been promoted in various forms since independence. The railway network is out of date, with a few exceptions, and roads are often still in poor condition. The military government, which ruled the country from 1988 to 2011, tried to improve communication between the individual parts of the country and to shorten transport routes by building new bridges and roads. After the capital’s move to Naypyidaw, a new four-lane highway about 670 km long was built which leads from Yangon via the new capital to Mandalay and was inaugurated at the end of 2010. This reduced the travel time between the two largest cities in the country to around 7 hours. After numerous serious accidents, fundamental improvements are discussed. – The train journey still takes 16 hours.

The power supply in the country is still insufficient. In Yangon and other large cities, regular blackouts are now largely a thing of the past, but in rural areas there is often no public power supply, only electricity supplied by privately operated generators. – The situation in the communications sector has greatly improved since the introduction of cellular networks. Numerous providers compete with one another, so that calling with cell phones is extremely inexpensive. In contrast, the public landline network is very susceptible to interference.

As in many other countries in the former Third World, Myanmar only has one large metropolitan area with the city of Yangon. The city emerged – like Mandalay, the second largest city in the country – in the middle of the 19th century. In recent times there have been increased attempts to improve urban structures, including by expanding the traffic routes. The colonial core of the old town is currently being heavily rebuilt. Colonial buildings are being demolished and need to make way for modern construction projects. At the same time, there are numerous initiatives to preserve the architectural legacy of the colonial era. The huge former government building, the Secretariat, is at the center of the considerations. 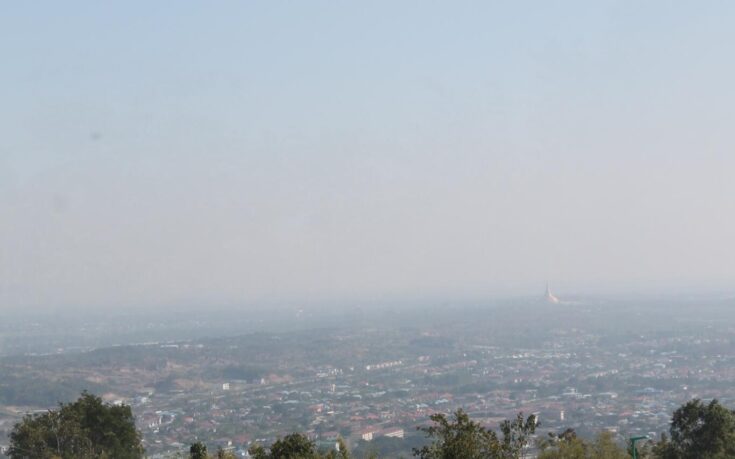