A civil war broke out in Burma shortly after independence was proclaimed on January 4, 1948. First, the country’s two communist parties took up the armed struggle against the central government. The so-called “White Flag Communists” led by Aung San’s brother-in-law Thakin Than Tun went underground in March 1948. The “Red Flag Communists” led by Thakin Soe had already done so and took up arms. There were also other “left” groups, consisting mainly of members of the Burmese independence army who had not been accepted into the army of independent Burma. At the same time, ethnic conflicts broke out in Rakhine, both by Rakhine nationalists led by a monk and by uprisings by the Muslims living in this part of the country. The Karen rebels were joined by members of the regular Burmese army. According to an agreement concluded in Kandy (Sri Lanka) in September 1946, this consisted of members of the British army (mainly Karen, Kachin and Chin) and the ethnic Burmese national army. Both sides had fought against each other in the war.

The insurgents took control of large parts of the country but did not agree among themselves. The Burmese army, led by Ne Win, managed to bring the Burmese heartland largely under the control of the government. On the outskirts of the country, as in some of the communist strongholds such as the Bago Mountains, a civil war between the Burmese army and a large number of rebel groups took place until the end of the socialist period in 1988. Some of these rebel groups still exist today.

After the State Council for the Restoration of Law and Order (SLORC) came to power in September 1988, a series of negotiations began between the military government, led by the junta’s first secretary General Khin Nyunt, which resulted in a series of ceasefire agreements. The rebels agreed to stop fighting. In return, they received the promise that they could continue the administration and economy in the areas they controlled as before. In addition, the country’s Communist Party practically dissolved in the course of the changes in the European Eastern Bloc.

In the run-up to the 2010 elections, the question of the integration of the armed groups arose. The government proposed converting them to border guards and subordinating them to the government army. This created a number of tensions and was one of the reasons the ceasefire signed with the Kachin Independence Organization (KIO) in 1994 ended in June 2011.

With the beginning of the government under President Thein Sein, a new round of peace efforts began, which culminated in the conclusion of an agreement with the Karen National Union (KNU) in January 2012. This agreement affirmed the intention to end the conflict with the ethnic group that started the civil war in 1949.

In November 2012, the Myanmar Peace Center was opened in Yangon to coordinate efforts towards sustainable peace. On the part of the government, negotiations with the individual rebel groups were conducted by Aung Min, Minister in the President’s Office. The government endeavored to conclude workable agreements with the former rebels that would lead to a lasting peace. Thein Seins government tried to reach a ceasefire agreement with all armed rebel groups before the 2015 elections. At the ceremony on October 15th then only eight groups took part. Some stayed away of their own accord, others were not invited. The strongest group, the Kachin Independence Army, which is fighting under the motto “God is our victory”, as well as a number of other groups did not participate.

In one of his last actions, President Thein Sein dissolved the Myanmar Peace Center in March 2016. According to ehistorylib, shortly after the new government took office, a new forum, the National Reconciliation and Peace Center (NRPC), was created under the chairmanship of Aung San Suu Kyi as a government body.

The new government, under the de facto leadership of Aung San Suu Kyi, continued efforts. At the end of August / beginning of September 2016, she organized a peace conference entitled ” Panglong Conference of the 21st Century “, which commemorated the agreement concluded in 1947 by Aung San Suu Kyi’s father, Aung San. More than 1000 people took part, including from groups that had not signed a ceasefire agreement. Others were excluded from participation. No resolutions were passed. Renewed fighting with rebel groups sparked only a week before the conference.

The next conference took place a few months later than planned, from May 24-29. May 2017, because the preliminary negotiations had taken a long time. They agreed on 37 basic principles, including basic features for a federal system in which the individual states can adopt their own constitutions if these do not conflict with the constitution of the Union. But it did not get any closer to the government’s goal of concluding a ceasefire with groups that had not yet done so. The third conferencetook place in July 2018. 14 basic principles were agreed, but they did not cover really urgent political issues. The fourth conference was scheduled for late 2018 / early 2019, but has not yet taken place. In addition to the major conferences, bilateral peace talks continue to take place. The NRPC website provides information on the current status of the talks.

Observers criticized the fact that negotiations under the new government are more unilateral than before. To strengthen their position, the most powerful armed groups that did not sign the ceasefire agreement organized themselves into the Northern Alliance in late 2016. Shortly thereafter, the Federal Political Negotiating and Consultative Committee (FPNCC), a coalition of seven armed groups including members of the Northern Alliance, was formed.

In August 2019, an old conflict revived: the Arakan Army (AA) raided a military post in Mrauk U, Rakhine State. Since then, both sides have been accused of conducting arbitrary fighting, including against civilians. According to the UN, 65,000 people have already been displaced in the Rakhine and China states. Since the region is largely closed off from the outside world, it is difficult to enable neutral reporting. The conflict is deeply rooted in the country’s history. The Rakhine Buddhists have always felt oppressed by the Burmese Buddhists and strive for more independence. The AA, which was founded in 2009, is made up of Buddhists from Rakhine State. The AA was trained by the Kachin Independent Army (KIA) and today fights partly side by side with the KIA in the Kachin and Shan states.

In Shan State, too, there has been new fighting between the Northern Alliance and the Tatmadaw since August 2019, civilians are also involved here.

With these two parallel armed conflicts, Myanmar has reached a level of conflict that has not existed for years. These, as well as most significant armed conflicts, have occurred between groups in the Northern Alliance – AA, KIA, Myanmar National Democratic Alliance Army (MNDAA), and Ta’ang National Liberation Army (TNLA) – and the Tatmadaw.

At the end of September 2019 there were further talks between the government, the central army and the Northern Alliance, in which only 7 out of 8 points could be agreed. A ceasefire agreement could therefore not be signed. 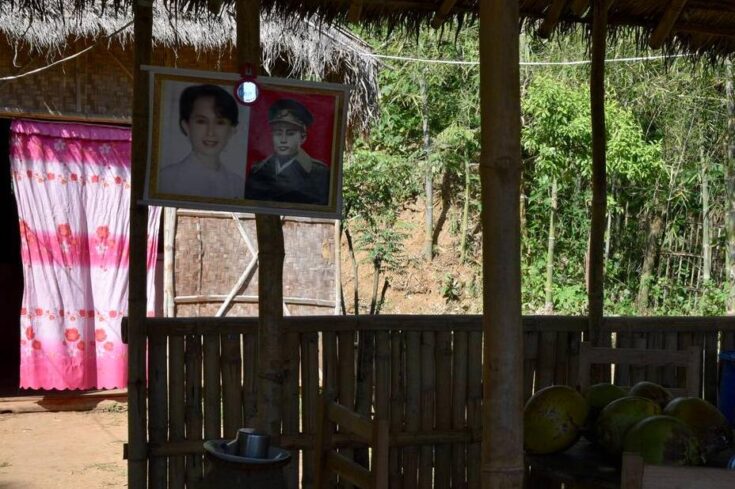