Finland has a music tradition that extends far back to the oldest rune songs that can be played on the national instrument Tilt. Of classical composers, Sibelius is central. Unlike in other Nordic countries, the tango is exceptionally strong in Finland.

Folk music in Finland has very old origins: The oldest shaman songs probably go back to the time before Kalevala came into being. The Kalevala songs, or rune songs as they are called, are sung to various tunes. Most famous is the “Kalevala melody”, which from the 18th century has had the status of a musical national symbol. Tone scope of rune songs is not greater than a fifth, so that the melodies can be played on the national instrument kantele, traditionally a 5 strung zithertype.

More recent editions of Kantele have been developed, including a concert model. Alongside this string instrument, a variety of other instrument types have been used, such as jouhikantele (a string harp closely related to the Welsh crwth), horns, neverlur, beeps (whistles) and more. Of recent date is the use of violin, clarinet, harmonium and accordion, a contribution that is largely due to the influence of Swedish musician music.

Collection of Finnish folk music was begun in the 1820s by Elias Lönnrot, but systematic work in this field was not performed until the late 1800s. Since 1893, researchers such as Ilmari Krohn, Armas Emanuel Launis and Otto Väisänen have published over 15,000 folk songs and rune songs and more. In the country’s Swedish districts, Olof Andersson has collected around 10,000 tunes. The newer folk songs often show traces of the rune songs, especially in the metric structure, but also have similarities with Scandinavian tradition throughout. The Karelian lamentations – the cry of tears – are of Slavic origin, while the Sami juoigos, which with its scarce melody formulas stands in a class of its own, has not been the subject of in-depth research. See Sami (Sami music). 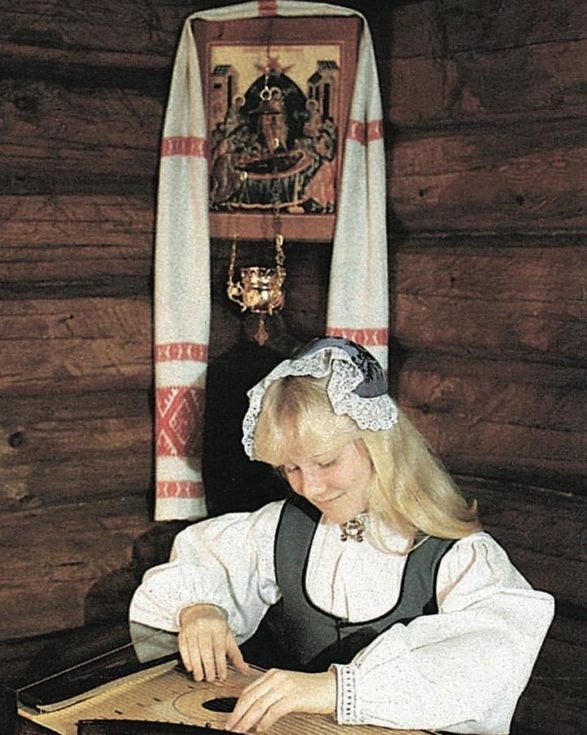 A folk instrument that is widely used in Finland is Kantele, a string instrument with original 5, later up to approx. 45 metal strings.

The Christian singing tradition dates back to the 12th century, when both the Orthodox and the Catholic Church songs began to take hold. From the 1400s, the first records of professional musicians are found, and the earliest records of organs and organists date from the mid-1500s.

Until the outbreak of the Finnish-Russian war (1809), Finnish art music had depended quite heavily on Swedish music. The Swedish Erik Ferling formed a musical company in Turku in 1790, which led to an organized music scene taking shape. The men’s choir movement was also introduced from Sweden, but an interesting move in the opposite direction was Theodoricus Petri Ruuta’s coral book Piae cantiones from 1581, which for a long time had a great impact on Swedish church singing.

The first composer with international reputation was Bernhard Henrik Crusell (1775-1838). Next to Sibelius, he is today the most played composer. Throughout the 19th century German musicians came to hold leading positions in the music scene. The German Fredrik Pacius (1801–91), who is often regarded as the father of Finnish music, founded the country’s first symphony orchestra in Helsinki in 1845. He is also the creator of the first Finnish opera ( King Charles Hunt, 1852) and the national songs Our Land and Suomi’s song. Both Pacius and his compatriot Friedrich Richard Faltin (1835-1918) composed in a kind of German-Finnish style, with no further connection to folk music.

As in the other Scandinavian countries, Finnish composers in the 20th century became more and more interested in the newer directions and needed the national side. Such trends can be found at Joonas Kokkonen, Aulis Sallinen, Paavo Heininen, Erkki Salmenhaara, Yrjö Kilpinen, Väinö Raitio, Uuno Klami, Nils-Eric Ringbom, Einojuhani Rautavaara and more.

African American forms of music came to Finland later than the other Nordic countries, but in the post-war period gained great influence. The annual Pori Jazz has become one of Europe’s great jazz festivals since the 1960s. Among internationally renowned jazz musicians are saxophonist Juhani Aaltonen and drummer Edward Vesala. The humorous rock group Leningrad Cowboys has gradually gained cult status in a number of countries.

Otherwise, the tango is exceptionally strong in Finland. From the 1940s onwards, it developed into its own Finnish tango style, which is often described as simpler and more popular than the Argentine. Finnish tango is often minor and usually has text. The popularity of the tango is illustrated, among other things, by the tango festival in Seinäjoki, which was first organized in 1985 and soon won the status of the country’s most important music festival with around 100,000 participants each summer. 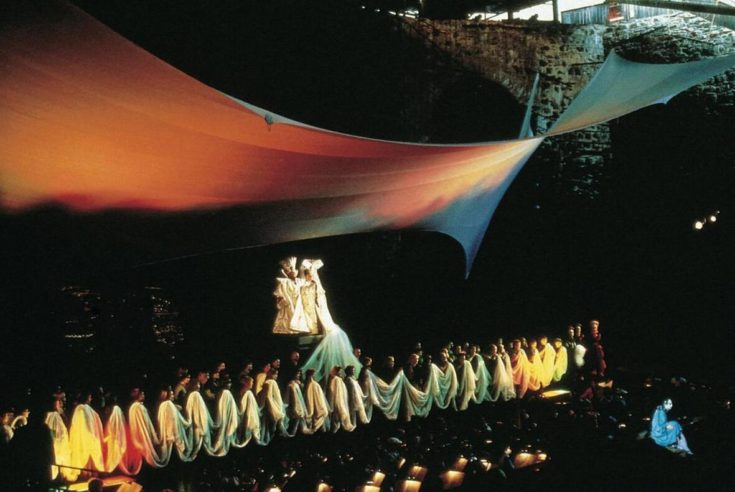 Finland Opera Festival. Classical music has a strong position in Finnish music, which is highlighted by the Savonlinna Opera Festival, which is a major international event. The festival has its main stage in Olavinlinna. Scene from Aulis Sallinen’s opera The King Goes to France in 1985.

Music institutions include the Finnish National Opera, which received a new opera house in 1993, the Helsinki City Orchestra, founded in 1882 and the Radio Symphony Orchestra, founded in 1927. In Turku and Tampere there are municipal urban orchestras, in Oulu, Lahti, Pori and Vaasa semi-professional orchestras with support from the municipalities. The College of Music (Sibelius Academy) is located in Helsinki (founded 1882). By the way, there are music schools in Lahti, Tampere and Jyväskylä. The University of Helsinki and Turku Academy, Turku, both have chairs in musicology.

Music organizations include the Tonkonstnärförbundet, founded in 1917 by the conductor Robert Kajanus, the Finnish Musicians’ Federation, and SULASOL, a national association for the promotion of amateur music, from 1929. Finland has an association with the purpose of creating understanding for new music (Finnish section of ISSM, International company for simultaneous music).