Traditionally, most musicians are men, while the musician role has low social status. Since the 1950s, the use of music in Afghan radio has led to an appreciation of the musician’s role and at the same time conveyed a stronger influence from other countries, including from Indian popular music.

The music culture in Afghanistan is constantly characterized by the negative attitudes to music that often accompany Islamic orthodoxy. These attitudes got their most extreme expression after the Taliban’s takeover of power in 1996, in the form of a ban on music practice. 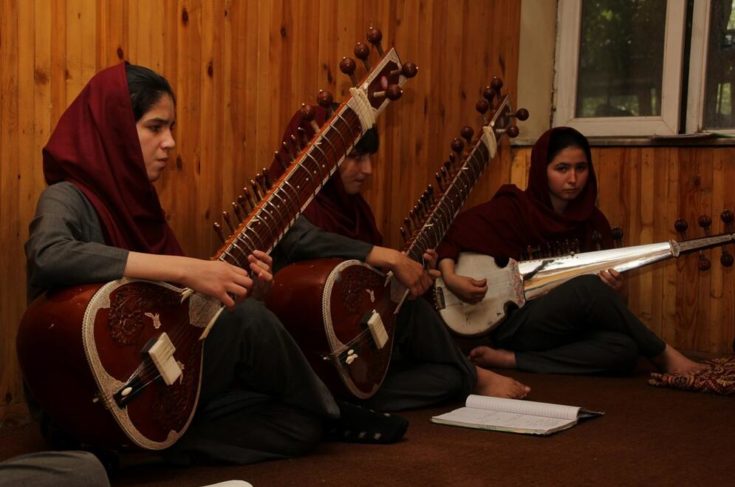 Street performances with storytelling theater have been part of the Afghan theater tradition. The performers wear long costumes similar to those known in ancient Greece. The narrators recite in a singing way poems about religious heroes and their deeds. Songs that bring news about famous people are also common, but central to the performance of ballads is about war. Performing the legends of Kalilah va Dimnah (Book of the Animals) and Shah Namah (Book of Kings) are part of the tradition.

Theater in the modern western sense was introduced in Kabul in the late 1920s under the government of Amanullah Khan, who sought to westernize Afhangistan. A national theater was built in the early 1940s; here plays were played both from western countries and from the Soviet Union. The Kabul National Theater was severely damaged during the many acts of war, but has been reopened after the fall of the Taliban regime. Several western theaters have provided support for the re-establishment of the theater, including the National Scene in Bergen.

The literature of Afghanistan