According to usaers, Memphis on the Mississippi in southwestern Tennessee is located at the tri-state corner of Tennessee, Arkansas and Mississippi. The city is associated with two very different icons of US history: civil rights activist Dr. Martin Luther King and the actor and singer Elvis Presley. The city has been synonymous with music since the early 20th century – the birthplace of blues-derived rock ‘n’ roll, it celebrates its musical heritage in numerous clubs, pubs and on the streets.

Festivities in Memphis also revolve around music: the highlights are Elvis’ birthday on January 8th and the “Memphis in May” festival – which celebrates a whole month of concerts and BBQs. Also in May here is the WC Handy award ceremony – the blues answer to the Grammys and the Elvis week “Tribute Week” around August 16th. The Music & Heritage Festival is celebrated here around Labor Day.

Beale Street
As the blues migrated north from the vast cotton fields of the Mississippi Delta near Memphis, they found an enduring home on Beale Street. Today you can dance to live bands at Handy Park or go clubbing all night. By the way, there is not only hot music, but also good food.

Sun Studio
The triumph of rock ‘n’ roll began in Sam Phillips’ recording studio. Here you can delve into the stories that made legends out of Elvis Presley, Johnny Cash, Carl Perkins, Jerry Lee Lewis and others. By the way artists like U2, Tom Petty and Maroon Five still record in this small studio. 706 Union Ave., Downtown Memphis

Center for Southern Folklore
Everything that is part of southern life can be experienced here: country and people, history and cultures – and of course live music. 119 S. Main St., Memphis

WC Handy Home and Museum
William Christopher Handy was the first musician to put the rough, soulful musical language of the blues on paper. His home on Beale Street is now a museum. The house may be tiny, but it’s still the hub of music in Memphis. The spirit of old Beale Street lives on here like nowhere else. 352 Beale Street, Memphis, TN 38173

Gibson Beale Street Showcase
Once in a lifetime, watch live how luthiers make the instrument without which pop music would be unthinkable: Gibson guitars are legendary and the museum is a truly unforgettable experience!
145 lt. George W. Lee Avenue, Memphis, TN 38103

Live Music
From Beale Street to back alleys, Memphis vibrates with live music. It’s no longer just about the good old blues and soul. The scene offers space for all styles.

Afro-American
The story of majority-black Memphis is a tide of triumph and sorrow – by Dr. Martin Luther King Jr., who was assassinated here, to the countless artists who forever blackened music. You can look for clues at the National Civil Rights Museum, in Slave Haven or on an exciting city tour with Heritage Tours.

Location and Size
Memphis is the largest city in the US state of Tennessee, the city is located in extreme southwest Tennessee on the east bank of the Mississippi River, it covers an area of ​​763 km².

Population
Around 647,000 people live in Memphis.

Climate
The city of Memphis has a temperate climate with four distinct seasons. Summer is sunny but fairly humid, with the hottest months of the year being July and August. Daytime temperatures can reach as high as 90°F (32°C).
Winters can get cold in Memphis. The coldest months are December, January and February when daytime temperatures can drop to freezing point. Snow is possible, but does not reach more than 15 cm.
Spring in Memphis is warm and humid with a chance of thunderstorms. Autumn is a pleasant season with sunny days and surprisingly warm weather.

Clothing
In Memphis, you wear what you like, depending on the temperature. When visiting one of the city’s more elegant restaurants, however, a certain chic is definitely appropriate.

Barbecue, soul, food and more
It doesn’t matter how you spell it – whether barbecue, barbeque, bar-bq or BBQ: the delicious favorite food of the people in Memphis comes from the grill. Barbecue is more than just food here, barbecue is a way of life. This also applies to the very rich soul food. Cornbread, catfish, collard greens and hearty fried meats can be found all over town. In addition, almost the whole world is culinary gathered on the Mississippi – from Mexico to Italy to Vietnam.

Festivals
Whether it’s barbecue competitions or beer-drinking goats, whether the Beale Street Music Festival or the International Blues Challenge: Something is always celebrated in Memphis – always with ears, eyes and taste buds.

Art
Art has class in Memphis—not only in the galleries of historic South Main and at Midtown’s prestigious College of Art, but also in theaters and concert halls, in dance and even classical music.

For the family
The list of activities that Memphis offers for young and old is endless – whether historical, educational or just entertaining. For example, the Memphis Zoo, the Mud Island River Park and the Children’s Museum of Memphis offer fun and excitement.

For shoppers
Whether second-hand shops on Summer Avenue, outdated record shops in Midtown or bargain hunting in one of East Memphis’ malls: shopping fans will find everything their heart desires in Memphis. 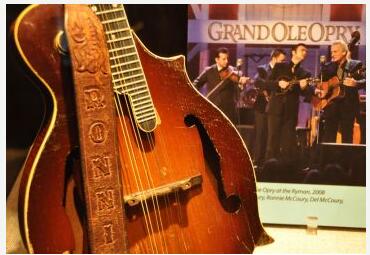