The Marshall Islands in the western Pacific Ocean consist of about 30 coral atolls with over 1000 islands, divided into two archipelagos: Ratak (sunrise) in the east and Ralik (sunset) in the west. The islands are spread over 1300 km. 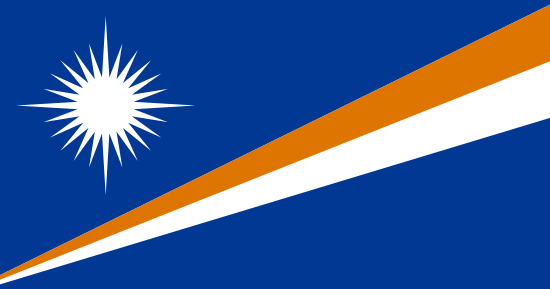 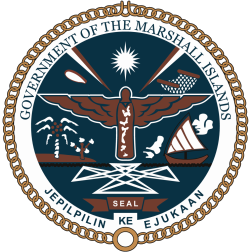 In 1526, the Spanish explorer Alonso de Salazar was the first European to visit the Marshall Islands. Very little about the conditions on the islands before this time is known, but it is known in any case that micronesians inhabited the islands since the 1000s BC. Europeans’ interest in the archipelago was low after de Salazar’s visit, but in 1788 the islands were visited by the British captain John Marshall, after whom the archipelago was later named.

According to Countryaah, a German trading company was established on the islands in 1885, after which the island became a German possession. In 1906, the archipelago officially became part of the German colony of German New Guinea. During the First World War, the islands were conquered by Japan in 1914. After the First World War, they were then administered by Japan as an NF mandate in the Japanese Pacific Mandate.

During World War II, battles were fought between the Japanese and the Americans on the island of Kwajalein. The Americans managed to occupy the islands in 1944 and after the end of World War II they became part of American territory in the so-called “US Trust Territory of the Pacific Islands”.

The Marshall Islands’ natural resources mainly consist of coconuts, marine resources and minerals on the seabed. Some small-scale industry exists and is limited to handicrafts, tuna processing and copra. Tourism employs less than 10 percent of the workforce, but there are high hopes that this area will grow. Marshall Islands’ imports are much larger than exports, which makes the country dependent on financial assistance from other countries. The vessels in the Marshall Islands ship register sail under flags of convenience, which means that more than 300 vessels are in this register, but no one in the Marshall Islands owns any vessel.

The following objects in the Marshall Islands are listed on the UNESCO World Heritage List.
The year in which the item was added to the list is indicated in parentheses.

Electricity and electrical outlets in the Marshall Islands