Currency: Kyat. Banknotes are available from 1 to 10,000 kyat. There are no coins.

Currency exchange: Euros and dollars can now be changed in numerous banks in large cities and in some hotels. The passport must be presented here. A warning is given against exchanging money with private money changers. The central bank provides information on the current exchange rate. Dirty or damaged dollar bills are often not accepted or exchanged at a poorer exchange rate.

ATMs: Since the end of 2012 there have been ATMs in many places where you can withdraw kyat, but not foreign currency. According to reports from travelers, all current cards are accepted. Up to 300,000 kyat (almost 300 euros) are paid out per withdrawal and up to 1 million kyat per day. Each transaction costs 5000 kyat (just under 5 euros) from the Myanmar side.

Credit cards are now accepted as a means of payment in many hotels and some shops. To be on the safe side, however, US dollars should always be available.

Foreign exchange regulations: The import and export is unrestricted, a declaration is required from an amount equivalent to 10,000 US dollars.

Accounts: Foreigners can open accounts with private banks without any problems. According to neovideogames, transfers from Germany to Myanmar are now easily possible. However, there are restrictions on withdrawals from the account, which are constantly changing (as of 2017: USD 10,000 per week or at times USD 10,000 per day). 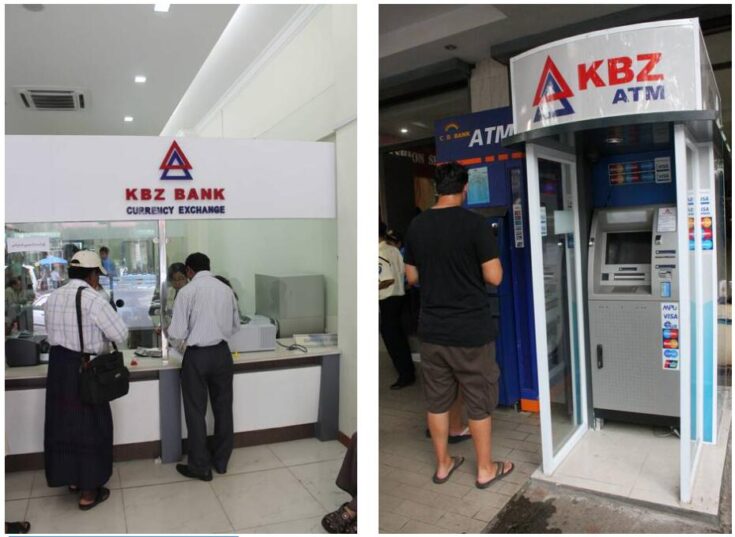 Background information about the banknotes

After Myanmar’s independence, all banknotes bore the image of the national hero Aung San.

In order to hit the trade on the black market, certain banknotes were declared invalid several times during the socialist period. The last of these measures took place in September 1987. At that time, the 25, 35 and 75 kyat notes introduced two years earlier were declared invalid without compensation and notes to the value of 45 and 90 kyat were introduced. The number “9” as the cross sum of the new notes was considered Ne Win’s lucky number.

After Aung San Suu Kyi appeared on the political stage, the image of her father disappeared from the banknotes. The values of banknotes put into circulation after 1988 reflect that the real value of the kyat against the dollar fell steadily. The 5,000 kyat note was released in 2009, the 10,000 kyat note in 2012.

In the course of liberalization and the onslaught of international donors and business people, the prices for hotels and guest houses have risen considerably. In the main season, you can no longer expect to find suitable accommodation without a reservation. Houses and apartments for foreigners have always been very expensive. There are now a number of brokerage firms. As before, it is best to use personal, local contacts for a placement.

In Yangon and other large cities there are now a number of supermarkets where you can buy almost anything that western taste demands. In addition to some delicatessen shops that are now in Yangon and that have specialized in products for foreigners, there are also suppliers who advertise “organic” or “less chemical” foods.

The shops are usually open seven days a week, mostly between 10 a.m. and 8 p.m. Authorities and banks are closed on the weekend. Their opening times vary. The period from 10 a.m. to 4 p.m. can be assumed as the “core time”.

With children in Myanmar

There are now a large number of international schools in Yangon, one of which is based on the school system of the USA and also offers the International Baccalauréat as a degree, and a large number of English-speaking kindergartens (pre-schools). There is not yet a German school. There are a number of parks around Kandawgyi and Inle Lakes, and around Shwedagon Pagoda. People’s Park has a small café and a playground. There are a few play areas for children. Some supermarkets have indoor playgrounds.

Myanmar has numerous public holidays. The most important cultural event is the New Year and Water Festival (Thingyan), which is celebrated every year on five days in mid-April at the height of the hot season. You have to expect to be constantly doused with water on the street on these days.

* This holiday is celebrated according to the Burmese lunar calendar and has a different date every year in the Gregorian calendar. It is celebrated in memory of the first student strike in 1920, which is seen as the start of the nationalist movement against British colonial rule.