Kiribati is an island nation that stretches over a huge area along the equator of the Pacific Ocean. Including the sea surface, the country is eleven times as large as Sweden, but the land surface corresponds to just over half of Öland. 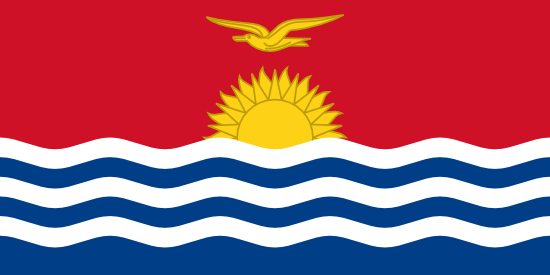 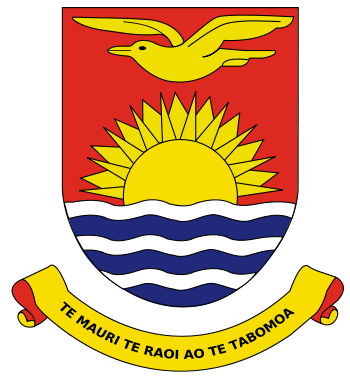 Nine out of ten live on the Gilbert Islands, where the Tarawa Atoll and the capital South Tarawa are also located. Most of Kiribati consists of coral atolls, located just a few meters above sea level. According to researchers, the whole country may disappear in the future, if the forecasts for how much the water level will rise are correct.

Although Kiribati is the world’s fourth least visited country, with only a few thousand visitors a year, tourism accounts for about a fifth of the country’s GDP.

According to the UN, Kiribati is one of the least developed countries in the world. Economic development is prevented i.a. of the shortage of skilled labor, poor infrastructure and large distances to international markets. The vast distances between the islands of Kiribati also make it difficult to develop a modern economy. A large part of the population lives mainly on what nature provides.

Kiribati used to be on both sides of the date limit, but in 1995 Kiribati decided that the date limit should no longer go between the country’s islands, but take a detour around the easternmost islands. On current maps, therefore, all the islands of Kiribati are on the same side of the line. Kiribati now has a common date, and since 1995 is the world’s easternmost country.

There are not many books about Kiribati, but in 2004 the author Jan Maarten Troost wrote the book “The Sex Lives of Cannibals”. Troost, who for two years lived on the Tarawa Atoll in Kiribati, depicts everyday life in Kiribati here.

The following objects in Kiribati are listed as a UNESCO World Heritage Site.
The year in which the item was added to the list is indicated in parentheses.

Electricity and electrical outlets in Kiribati

According to Countryaah, South Tarawa is an atoll among the Gilbert Islands and serves as the capital of the state of Kiribati in the Pacific Ocean. The atoll comprises 24 islands with a total area of ​​about 32 square kilometers and is located on a coral reef about 35 km long. Only 8 islands are inhabited, but the entire atoll has about 45,000 residents, which corresponds to almost half of the country’s population. Administratively, the atoll is divided into three districts; Teinainanu Urban Council, Beito Town Council and Eutan Tarawa Council.

The atoll is best known for the Battle of Tarawa, which took place here during World War II. After World War II until 1971, the area was also the capital of the British colony of Gilbert and the Ellice Islands, part of the British West Pacific.