In accordance with this attitude, Finland declared itself neutral in the outbreak of World War II in September 1939. But the German-Soviet non-attack pact of August that year had radically changed Finland’s international position, and in early October the Helsinki government faced a number of demands of the Soviet Union.

On November 30, 1939, Soviet military forces embarked on an extensive offensive against Finland. This started the winter war between the Soviet Union and Finland, which lasted until March 12, 1940. 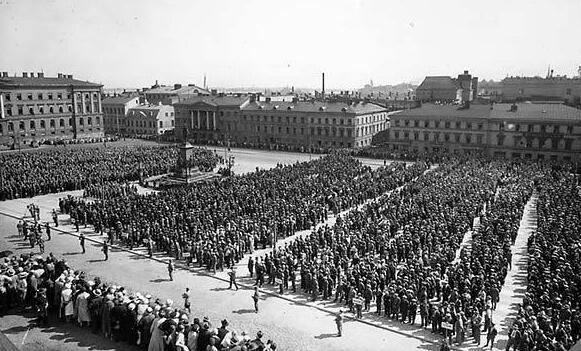 After the peace settlement on March 12, 1940, an increasingly intimate political and eventually military cooperation with Germany began. The main motives here were partly a desire to conquer the lost land and perhaps also win the Soviet Karjala, and partly a constant pressure from the Soviet side, which increased in parallel with the approach of Adolf Hitler’s campaign against the Soviet Union. In September 1940, Finland signed an agreement with the Berlin General Staff, which granted German troops the right to transit from ports in southern Finland to Kirkenes, where they were to secure the German occupation of Finnmark. Little by little, the transit evolved into laying off considerable German forces in Northern Finland.

On June 22, 1941, Germany attacked the Soviet Union, and on June 25, the Finnish army, with the Germans, crossed the eastern border, again under Mannerheim’s command. On July 11, Mannerheim proclaimed that Finland’s war aims were to reclaim the abandoned territories and to conquer the Soviet Karjala. The advance did not face any serious obstacles. On September 3, the Finns had reached their old limits on all points, and by the end of October they had reached the river Svir and occupied the entire area west of Onega. In the north, things went much slower. Among other things, despite repeated efforts, they failed to break the Murmansk trajectory, which was vital for the Soviet Union’s connection with the Western powers.

During this so-called continuation war, Finland was totally dependent on Germany, both militarily and on supply, and it therefore came as a natural consequence that on 25 November 1941 Finland signed the Anti-Communist Pact. But no formal alliance treaty with Germany was ever set up, and repeated calls for participation in Hitler’s offensive against Leningrad were rejected.

From the autumn of 1941, attempts were made by several teams to get Finland to moderate its war policy. When the old borders were crossed, Winston Churchill Mannerheim warned against moving forward, but the answer was negative, and Britain declared Finland war on December 6. In Finland, a peace opposition was formed, essentially with the support of the Social Democratic Party and the Swedish-speaking population, which demanded ceasefire negotiations with the Soviet Union.

But only when the war of war in Europe had turned after the battle of Stalingrad in the winter of 1943, and the Soviet armies began to approach Finland, did real arms negotiations begin in April 1944. However, the Finnish government found the Soviet conditions too stiff and broke contact. US President Franklin D. Roosevelt, who until then had worked vigorously to save Finland from the war, now ceased diplomatic relations, but never came to declare Finland war.

On June 9, Soviet forces launched a major offensive against Finland. The resistance was weak, and 10 days later they took on Vyborg. To prevent a total collapse, President Risto Ryti initiated negotiations with the Soviet Union, but the Moscow government demanded an unambiguous declaration that Finland would break with Germany and capitulate, and it would not grant Ryti. Instead, he entered into an agreement with German Foreign Minister Joachim von Ribbentrop. The Finns were to have the necessary food and military reinforcements to continue to withstand the Soviet advance. In return, Ryti pledged in a personal letter to Hitler not to enter into special peace with the Soviet Union. The agreement provided Finland with temporary relief, but the situation was hopeless.

On August 1, Ryti resigned, and the promise to Hitler was thus canceled. Mannerheim took over the presidential post with a mandate from the Riksdag and sought new contact with the Soviet Union on 25 August. However, Josef Stalin refused to initiate ceasefire negotiations before Finland had broken with Germany and the German troops had been withdrawn from Finnish territory. During the German retreat, there were bloody battles between Germans and Finns, especially in Northern Finland, which German departments destroyed by the tactics of the burnt earth. At that time, hostilities on the Finnish eastern front had ceased.

In September, the armistice agreement was signed in Moscow. It meant, among other things, that the borders of March 1940 were restored, but with two important exceptions. Finland would relinquish its corridor to the Northern Sea, the Petchenga area, and instead of the Hanko headquarters, the Soviet Union would have to rent the Porkkala head just west of Helsinki for 50 years, to create a military base there. Furthermore, Finland was to pay a war compensation estimated at $ 300 million after the price level of 1938. In addition, war criminals were to be arrested and punished. The final peace treaty also contained a clause restricting the Finnish defense. 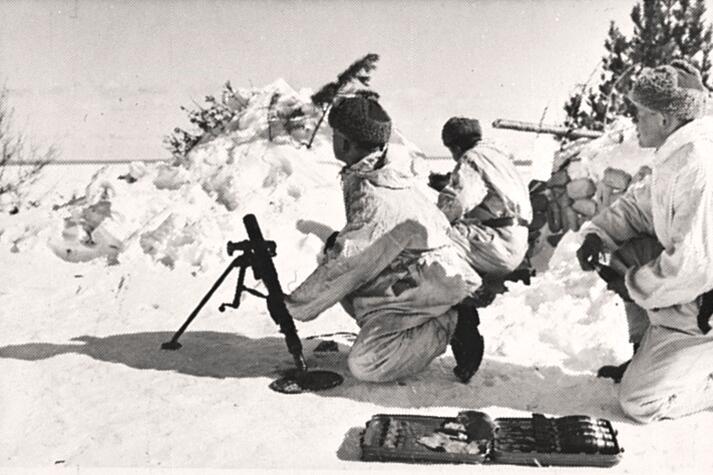