History of Finland Part I

Finland’s history begins with the Swedish conquest around 1150, and until 1808 the country was subject to Sweden. During the Great Nordic War, all of Finland was conquered by Russia in 1713-1716. At the peace in Nystad in 1721, Sweden had to give up Karelia with Viipuri (Viborg). A Swedish-Russian war ended with even more Swedish divisions in the East.

In 1808, Tsar Alexander 1 conquered the rest of Finland, and the country became an autonomous great principality within the Russian Empire. A strong Finnish nationalism arose, and this contributed to Finland being declared independent by the Svinhufvud government after the October revolution in Russia in 1917. After a bloody civil war, in which a “red” revolution in 1918 was beaten by the “white” under Mannerheim with German help, Finland became a republic in 1919.

During the economic crisis years 1929-1932, the semi-fascist Lappo movement became prominent. The winter war against the Soviet Union in 1939–1940 led to great Finnish losses and land divisions, and drove Finland over to the German side during the so-called continuation war in 1941–1944. After the war, Finland became a neutral country in a gray zone between the western and eastern powers.

In 1948, Finland entered into a friendship and assistance agreement with the Soviet Union ; this was the basis for Finnish foreign policy until the dissolution of the Soviet Union in 1991. Finland joined the Nordic Council in 1955 and the UN in 1956. 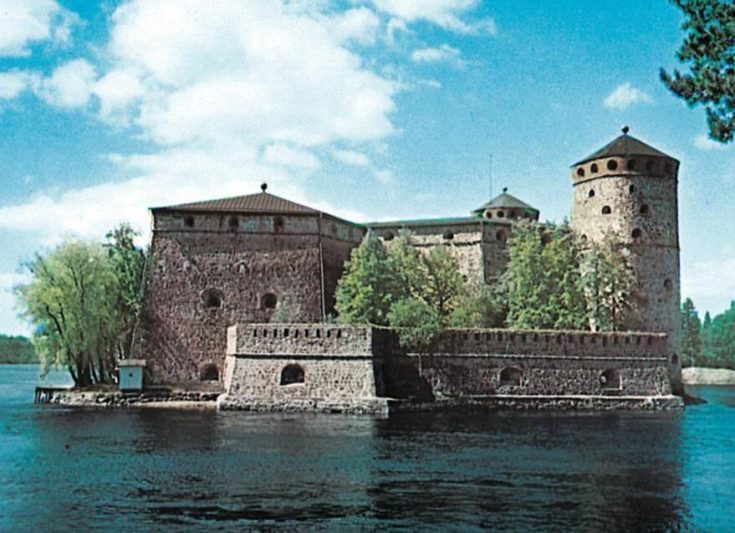 The Olavinlinna castle in Savonlinna is one of the best preserved medieval citizens in the Nordic countries. It was built in 1475–1477 and in the following centuries was one of the most important frontier fortresses against Russia until it had to capitulate in 1714 during the Great Nordic War.

Beyond the ancient finds, little is known about Finland’s early history. Towards the end of the pagan era, which lasted until the 13th century, the country was divided by conquests from Sweden and the Russian principality of Novgorod. This led to different culture in the two parts. In the Middle Ages, Karjala (Karelia) was oriented towards the southeast, while western Finland came under Swedish influence.

The political connection with Sweden began with Erik the Saints ‘ crusade ‘ to the Turku region in the late 1150s, when the Finns were defeated and baptized. Erik left behind Swedish settlers and priests, among them Uppsala Bishop Henrik, who later became Finland’s patron saint. Despite all the difficulties, the Swedish settlers withstood pressure from Russians and Karelians and from Danes who in 1191 and 1202 tried to gain a foothold here. The position of the church was strengthened by the establishment of a diocese in Turku in 1209.

The real founder of the Swedish dominion in Finland nevertheless became the earl of Birger. By an advance in 1249, he extended the Swedish empire further to the east, so that it would consist of Turunmaa (Åboland), Uusimaa (Nyland) and Häme (Tavastland). Around 1292, the Russians invaded Häme. This led to a new Swedish push to the east. In 1293, the governor of Torgils Knutsson attacked Karjala where he built the castle of Viipuri (Viborg, now Russian Vyborg).

At the peace in Pähkinäsaari (Nöteborg) in 1323, a border crossing was undertaken between Sweden and Novgorod, confirming that the three western lords of Karjala should fall under the Swedish rule. Thus, Sweden’s supremacy over Finland was formally recognized. A bailiff was hired as the head of the civil administration, while the clerical supremacy lay with the bishop of Turku. The judiciary was separated by a layman at the head and the administration in the whole arranged according to Swedish pattern. From 1362, the citizens of Finland were governed by state law equal to the citizens of Sweden when they were allowed to take part in the Swedish royal election.

The following hundred years were marked by the great lords who often ruled Finland as their private domain. However, a 25-year peace period under Sten Sture the Elder (1470–1497) ended with bloody border wars against the Russians. They ended the peace in Novgorod in 1497, which only confirmed the existing borders. 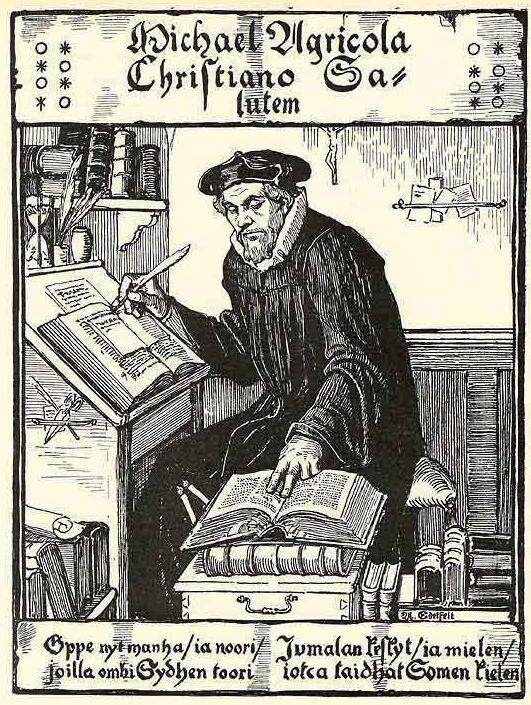 In the early 16th century, the Danes began to ravage the Finnish coastal cities, and by the death of Sten Sture the younger in 1520, Finland as part of the Swedish empire came under the control of the Danish Union King Christian 2. The Finns supported Gustav Eriksson’s (Vasa) rebellion against the Christian regime in Sweden, and after the conquest of Stockholm in 1523, the Danes were expelled from Finland. At the Reichstag in Västerås in 1527, the road was opened for the Reformation also in Finland. It had its final breakthrough by Bishop Mikael Agricola (dead 1557).

The center of gravity of government and government was now transferred to Finland, and crown estates were created to make the royal domains more lucrative. Trade and shipping were promoted by a regulation of 1550, which also mandated the founding of Helsinki. During a war with Ivan the cruel in 1555–1557, King Gustav 1 made Finland a duchy and gave it in lieu to his son Johan, later Johan 3. An uneasy period followed. The high part suppressed the peasants and kept constant feuds with Russia. In 1595, at the peace in Täyssinä (Teusina), the Finnish border was drawn up to the Arctic Ocean. Under the influence of the precarious conditions in Sweden, the Finnish community rose, but suffered a bloody defeat in the club war in 1596-1597.

During Karl 9 (1604-1611) a new section began in the history of Finland. The power of the high nobility was broken and its ancestors merged with the Swedish nobility. The board was now assembled in Stockholm, and uniform taxation and administration were introduced throughout the Swedish empire. Finland nevertheless gained a kind of autonomy. A parliament met in Helsinki to discuss the country’s welfare with the king (1616). Material development was faster than before, and at the peace in Stolbova in 1617, the border with Russia was secured by the incorporation of Käkisalmi (Kexholm County) at Ladoga.

The Finns participated in the Thirty Years War with large contingents in the Swedish forces. They got their share of the swap, but Finland suffered from the pressure of printing and hard taxes. When the tight centralization in Stockholm proved to be ineffective, the custodian government under Queen Kristina Per Braheas Governor General of Finland during the periods 1637–1640 and 1648–1651. During this reform period, several central Finnish government agencies were established and the country’s first university was founded in Turku in 1640. In the latter part of Kristina’s reign, around 1650, however, material progress in Finland was hampered in part because the lens system was expanded and eventually became encompass about two-thirds of the territory. This led to ruin for the peasants and harsh taxes for the citizens, while at the same time the trade was curtailed by the creation of monopolies.

Several weeks in the period 1695–1697 caused about a quarter of the population to die. And not until Finland had begun to regain strength before it was thrown into the Great Nordic War in 1700-1721 under Karl 12. Tsar Peter succeeded in conquering all of Finland in 1713-1716. At the peace in Uusikaupunki (Nystad) in 1721, Sweden had to give up Russia all over Käkisalmi county and the city of Viipuri and its surroundings.

A new unlucky war with Russia in 1741–1743 led by the peace in Turku to the abandonment of the areas east of Kymijoki (Kymmene River) and Lake Saima with the cities of Hamina (Fredrikshamn), Lappeenranta (Lappeenranta) and Savonlinna (Savonlott). Dissatisfaction with these territorial losses and the fact that Finland was unable to assert itself politically during the “free time” in Sweden brought to light previously hidden thoughts of independence, especially among the Finnish nobility.

After 1743, a material period followed. New land areas were cultivated, watercourses were regulated and management developed. In 1749 the strong fortress of Sveaborg (Suomenlinna) near Helsinki was founded. But the monarchy’s arbitrary rule breathed life into the old plans of detachment. They got a spokesman for the Finnish nobleman Göran Sprengtporten, who had gone into Russian service. At the outbreak of a new war against Russia in 1788, a group of Finnish officers (the Anjali Federation) refused) to fight outside Finland’s borders. But thanks to the Swedes’ victory in 1790, the border between Russia and Finland remained unchanged. The border with Norway was established by the Treaty of 1751. After Finland was surrendered to Russia in 1809, a new border treaty was signed in 1826.