Sudan is mostly made up of a plain landscape, but with mountain boundaries on the periphery.

Towards the Red Sea to the east, the bedrock has been raised to form the Red Sea Mountains. The highest peak here is Jebel Oda with 2259 meters above sea level. Farthest towards the Red Sea is a low coastal strip, approx. 30-50 km wide. In the southern parts of the country a land uplift followed by erosion has created the Nuba mountains, which are approx. 1200 m high. To the west, at the border with Chad lies the volcanic mass of the Marra Mountains (Jebel Marrah) (3088 m asl). The bedrock in the large desert area in the north consists of a low plateau, formed of Nubian sandstone. Large parts of the basin consist of clay and sand from quarters.

The Nile greatly influences the landscape and is an important road of travel. The White Nile flows into the country from South Sudan to the south, meets the Blue Nile at Khartoum, continues north as the Nile. The last bee before the Nile flows through the Sahara is Atbarah. Then the river in a large loop first goes southwest, then to the north, forming Lake Nasser on the border between Sudan and Egypt. The Nile runs through a lowering of the terrain which mostly consists of clay. Between Khartoum and Lake Nasser, the Nile forms five elongated rapids (cataracts). To the south of Khartoum lies al-Gezira, an area which is very fertile. 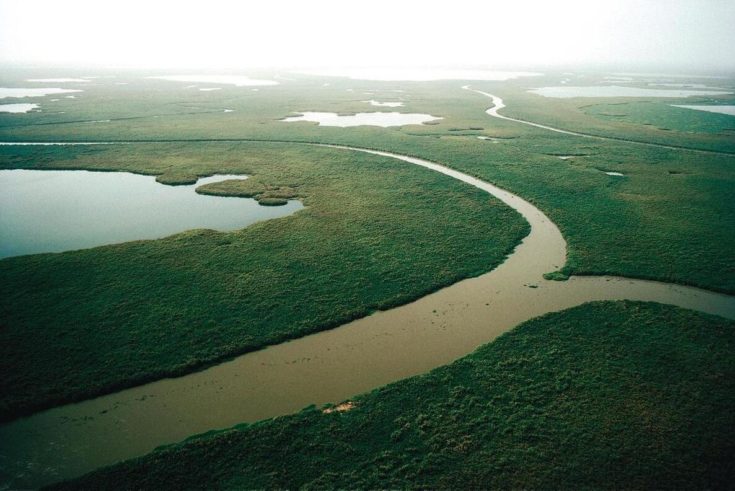 Near the city of Shambe, in southern Sudan. Here, White Nile meanders through vast wetland areas with large amounts of swamp and aquatic plants, also called blurred. Often, the amount of dredging can be so large that it becomes a problem for the boat traffic on the Nile and for the Nile’s water flow.

Sudan is in its entirety within the tropical zone, but still has large variations in climate.

In the north, the climate is dominated by the subtropical high-pressure belt. Here are some of the world’s driest desert areas with annual rainfall of less than 25 mm concentrated to August. The rest of the year is weather characterized by cloudless skies, scorching sun and constant wind.

Further south, the rainfall increases, and the desert gradually becomes steep with rainy season July – August. To the south, the duration of the rainy season increases and the total amount of rainfall, which at the same time becomes more reliable. Nearest equator it falls evenly over 800–1200 mm with no actual drying time, but little rain December – February.

In the lowlands of the north, the average temperature for January is approx. 20 °C; in June – August approx. 35 °C. Further south, the warmest month in February – April falls by 28-30 °C. August is the coldest month with an average temperature of 22-25 °C. Dry northeast winds with sand and dust mounds are common.

The fauna in the north of Sudan has many similarities to Egypt, but there are also wild herb, beisa (oryx) and several gazelles. On the savannah, among others, live elephant, pointed horn, giraffe, caffeine buffalo, antelope, lion and cheetah, but many species have declined in number. Anubis baboon, house monkey and vervet tape also reside on the savannah, while guereza (colobus monkey) and mare cats are found in the forest in the south.

More than 1000 species of birds have been observed, some of which are migratory guests from Europe and Asia. Kites, vultures and a variety of eagle and falcon species are common. In dry areas there are stairs, sand chickens, larch and pipler. The reptile fauna is rich.

Nile crocodile and hippopotamus are found in the larger waterways. Blood-sucking mosquitoes and flies can be troublesome, the tsetse fly occurs in the south. 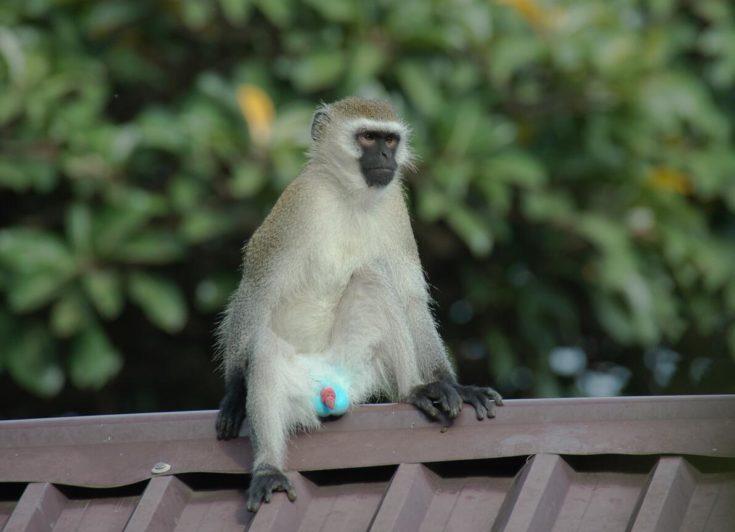 The vegetation can be divided into east-west zones, depending on the amount of rainfall. In the north it is pure desert (about 25% of the land area). Then comes a zone of steppe vegetation and savanna (grass and tree savanna) south of Khartoum, and at the southern border there are tropical rainforests and mountain forests. Large swamp areas (Sudd) with papyrus characterize Upper Nile and Bahr al-Ghazal provinces.