Army strength numbers are 15300 personnel active, of which 10,300 conscripts, and have a spare 170 000. Heavier material comprises 80 tanks of a Leopard 2A6, 212 armored vehicles and 613 armored personnel. In addition, the Army has seven light helicopters, 20 NH90 transport helicopters and eleven medium- heavy drones. 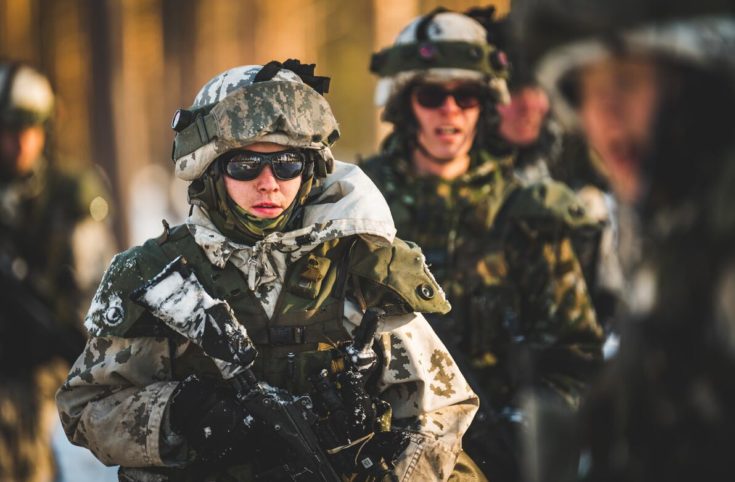 The Air Force has a personnel strength of 2,700, of which 750 conscripts, and a reserve of 26 000. The materials comprising 62 fighter aircraft of type F / A-18C / D Hornet, 74 trainers which 45 Hawk training and light combat aircraft, one maritime patrol aircraft, one EK aircraft and ten light transport aircraft.

The Border Guard has a personnel force of 2700 and a reserve of 11,500. Materials include 45 patrol boats, six landings, two light transport aircraft and 14 helicopters. 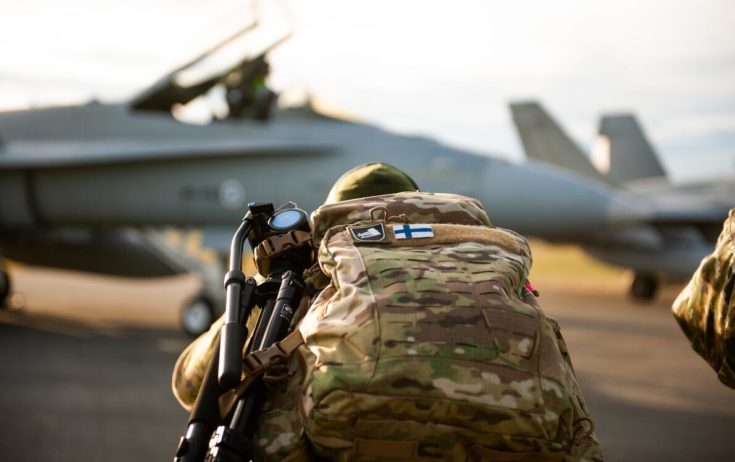 Finland is not a member of NATO, but participated in the Trident Juncture 2018 exercise in Norway.

In 2018, Finland participated in NATO operations in Afghanistan (Operation Resolute Support) with 29 personnel, and in Serbia (KFOR) with 20 personnel.

In 2018, Finland participated in the UN operations in Lebanon (UNIFIL) with 300 personnel, in Mali (MINUSMA) with four personnel and in the Middle East (UNTSO) with 18 observers.