The Federated States of Micronesia is a federal republic in the western Pacific Ocean with more than 600 islands and atolls. The country consists of the four states of Yap, Chuuk, Pohnpei and Kosrae, all of which are white stars on the country’s flag. 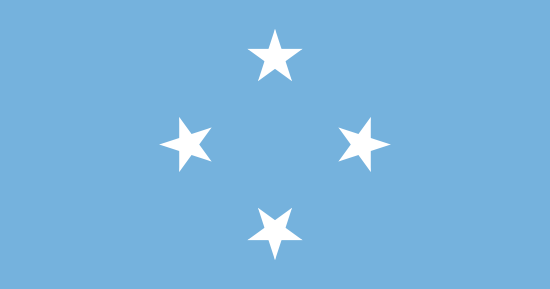 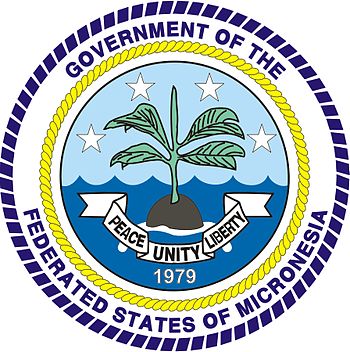 The islands have probably been inhabited since about 1000 BC. They later came under Spanish supremacy. Yap is known for its traditional currency Rai, the stone money used as symbolic gifts even today.

Germany bought the archipelago in 1899 which then became part of German New Guinea and during the First World War the area was occupied by Japan in 1914. Japan then received an administrative mandate over the area at the 1919 Treaty of Versailles from the League of Nations. Chuuk then became the capital of the Japanese Pacific Mandate until July 1921 when the administration moved to Koror.

During World War II, the archipelago was used as an air and naval base by Japan until the United States conquered the area in 1944. In 1947, the entire Carolina Islands were designated a “US Trust Territory of the Pacific Islands” by the United Nations and administered by the United States. In 1979, the Autonomous Federation of Micronesia was formed with local self-government and in 1986 the country became independent.

The country has seven official languages; English, Ulitian, Wolean, Yapese, Pohnpeian, Kosraean and Chukchi. In addition to these, a number of other languages ​​are also spoken.

Electricity and electrical outlets in the Federated States of Micronesia

According to Countryaah, Weno is the capital of the island of the same name in the Chuuk archipelago, a state in the Federated States of Micronesia. Weno is located in the northern part of the island and has about 17,000 residents. Weno has an international airport, Chuuk International Airport, and is the area popular with scuba divers.