Most of the folk music has Spanish roots. The musical traditions of the remaining Native American people are mostly integrated into forms with African and European roots. Among the most common instruments are whistles, a musical bow of African origin, marimba and drums of various kinds.

The most important composer of the 19th century was José E. Andrino, originally from Guatemala. Towards the end of the century, art music received impetus from composers who immigrated from Italy. The first native composer to use the national tone was Wenceslao García. A leading composer of the 20th century is Maria de Baratta, who has also published folkloric material. 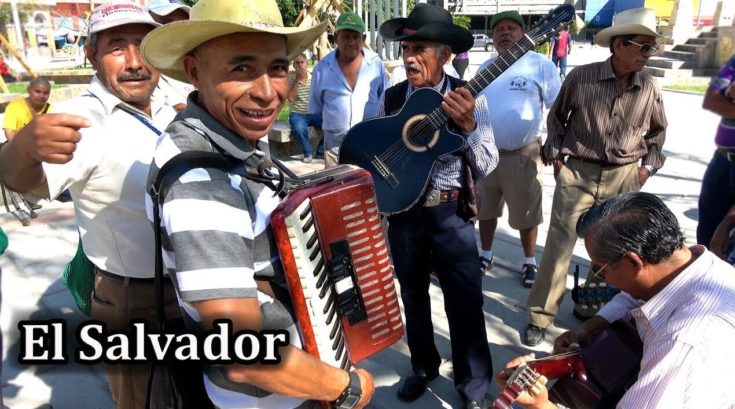 Only in the late 1800s did El Salvador get its own literature. Francisco Gavidia (1863–1955) is today primarily known for the influence he exerted on the main character of the “modernista” movement, Nicaraguan Rubén Darío. Included in this movement were the lyricists Julio Enrique Ávila and Vicente Rosales y Rosales. Alberto Masferrer (1868–1932) noted himself as a social and political essayist and Raúl Contreras as an actor. Arturo Ambrogi (1875-1936) is considered the country’s greatest short story writer, while the genre was further developed by Alberto Rivas Bonilla, who also cultivated lyric and drama.

In the years following World War I, Claudia Lars (pseudonym of Carmen Brannon) and Serafín Quiteño distinguished themselves as lyricists. The poets Gilberto Gonzáles y Contreras and Pedro Geoffroy Rivas engaged politically on the left. Salarrué (pseudonym of Salvador Salazar Arrué), considered one of El Salvador’s foremost narrators, is especially known for his portrayal of the lives of Indians in the short story collection Cuentos de barro (1933). Napoleón Rodríguez Ruiz has wrote the social novel Jaraguá (1950) about the country’s peasants. Social poet is also Hugo Lindo, known among others. for the novel El anzuelo de Dios (1956). Manlio Argueta has become known for the novel Un día en la vida(1980), on the rebels’ struggle against the repression in El Salvador. Among the lyricists of our time should be mentioned Claribel Alegría (b. 1924), the political left-wing radical Roque Daltón (1935–75) and Waldo Chávez Velasco (b. 1932), a member of the so-called 1950 generation. The same group belongs to Alvaro Menéndez Leal (b. 1931), who has made himself known as a narrator, lyricist and playwright. Luz negra (Radio Theater, 1982: Black Light). Walter Béneke (b. 1928) should be mentioned in the latter genre. Of younger writers, the poet Miguel Huezo Mixco (b. 1954) should be mentioned.