Economy and Business in Finland

Finland has a highly developed mix economy and is a modern welfare state with a high average standard of living. The country joined the EU’s Economic and Monetary Union (EMU) in 1999, and has an ever-increasing economic integration with the other EU member states.

In the 1990s, Finland suffered from economic depression, partly because of the collapse of the important markets of the former Soviet Union. The general improvement in the Western European economy throughout the 1990s gave Finland relief from the crisis. Finland is still struggling with relatively high unemployment, although it has dropped from 22 per cent in 1993 to 8.8 per cent in 2016. 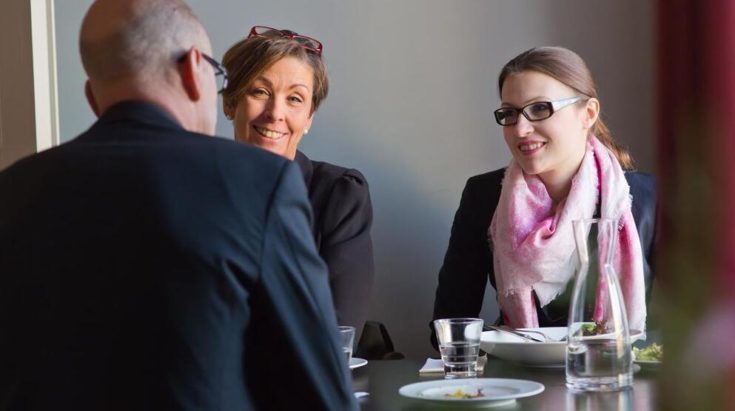 Finland lies at the northern border for grain cultivation and for agriculture at all. The best agricultural areas are located in the west and southwest (Vaasa and Turun ja Porin Lääni), as well as in the middle parts of the country (Hämeen and Oulun lääni). On average, one has to count for years due to frost damage every 40 years; severe crop failure every ten years and frost damage in some part of the country every four years. When cultivating fast-ripening or frost-tolerant growths, one seeks to remedy this.

The most important grains are barley, oats, wheat and rye. Rye cultivation has declined sharply since before World War II, while the other cereals have had a strong crop increase. Sugar beets, fodder beets, rapeseed and other oilseeds and flax are grown mainly in the southwestern parts of the country. Fruit and vegetable cultivation has great local significance around the major cities. Potato cultivation is widespread throughout the country.

Three quarters of Finland’s area is wooded, and forest is the country’s most important raw material. Finland has larger forest areas per capita than any other European country. Pine is the most important tree species (about 50 per cent), then spruce (about 40 per cent). The largest forest areas are in the middle and eastern parts of the country, and 53 percent are privately owned, 35 percent of the state, seven percent of firms and five percent of the rest.

Forestry is integrated into the agricultural economy and has previously tended to be a seasonal industry. The timber was felled in the winter, and floated on the rivers and lakes in the spring. The current trend is towards forestry being run on a year-round basis, with transport of timber by road and rail. At the same time, employment has declined.

Fishing is mostly conducted as binaries, except in Åland and in the outer coastal districts. Of freshwater fishing, whitefish is the most important. Commercial fishermen raised 154.2 million kilos in 2016, while recreational fishing in 2014 amounted to 28.6 million kilos. Fish farming has increased in importance in recent years, amounting to 14.9 million kilograms of unclean fish in 2016. The most important aquaculture product is rainbow trout.

Finland has deposits of many valuable minerals, but mining has so far had relatively little significance. This is because the deposits are both small and have a low ore content.

Finland meets its energy needs in the production of electric power from hydropower, from the country’s two nuclear reactors with four reactors and from fossil fuels. Finland does not have its own fossil fuel deposits and imports fuel. Hydropower is almost fully utilized, and the country has, among other things with Soviet help, developed the nuclear power. A fifth reactor is under construction at Olkiluoto nuclear power plant and is expected to be completed in 2018.

Industrial development started later in Finland than in the other Nordic countries. However, since the country became independent, and especially after World War II, there has been a strong industrial expansion. Finnish industry was previously very one-sided. As late as 1938, the forest industry was practically the only industry branch to export, accounting for more than 80 percent of total exports. In the post-war period, industrial development has been characterized by strong differentiation and increased exports. Many Finnish industrial products are known for their tasteful design and good quality, and they now have a secure position in the world market.

The metal and engineering industries are the most important industry in terms of both employment and production value. Finns are known for their paper machines, agricultural machines, trucks, bulldozers, container ships and icebreakers. The electrotechnical and electronics industries are also significant, with production for the international market.

The forest industry still plays a key role, and the industry’s raw material base is mostly forestry products. The pulp and paper industry is almost entirely aimed at the international market. The business has undergone strong modernization and growth, where the trend is towards ever-higher processing standards. The pulp industry is most often located at the estuaries, for example in cities such as Kotka, Bjørneborg, Oulu and Kemi.

The chemical industry includes the production of raw chemicals, fuels and oil products, fertilizers, plastics, pharmaceuticals, paints, detergents, synthetic fibers and explosives. Tampere is the leading center for the textile industry, while Helsinki is the center for the clothing industry. The Turku area is a leader in food production and processing.

Machinery and transport equipment, chemical products, electronic articles, paper and stationery, as well as raw materials (mainly wood and cellulose ) accounted for the majority of exports (2004). In general, the Finnish export industry is characterized by more processed goods than before. Import consists mainly of petroleum products, food, machinery and transport equipment. Main trading partners are Germany and Sweden. Otherwise, the UK, the US and Russia are important trading partners.

Finland has a well-developed transport network.

The road network covered 77 982 kilometers of road in 2016, not including ferry routes.

The railways are state-owned and have had Eastern European gauge (1524 mm) since the Tsar times. The length of the rail network in 2016 was 5926 kilometers, and the railway carried a total of 3868 million passenger kilometers. Freight traffic amounted to 9445 million tonnes.

Air traffic is important for domestic traffic. The majority is covered by the state of Finnair. The main international airport is at Vanda outside Helsinki. Other major airports at Turku, Tampere, Jyväskylä, Kemi, Karleby, Vasa, Oulu and Rovaniemi. In addition, there are about twenty smaller airports.

Shipping is limited by the difficult ice conditions in winter. Only Turku and Hangö are always guaranteed open water, thanks to powerful icebreakers. The total length of the ship route is 10 383 kilometers in 2016. Today, transport on the lakes, rivers and canals is mainly used by tourists and by the forest industry.

Most of the Finnish merchant fleet is based in Helsinki. The main export port is Kotka, while Helsinki is the main import port. Other significant international ports are Turku, Raumo and Fredrikshamn. Finland has passenger ferries to Estonia, Sweden, Poland and Germany.