The first professional Finnish ballet ensemble, the Finnish Opera Ballet, was started in 1921, four years after the country became independent. The ensemble was later renamed the National Ballet of Finland. Those who were primarily responsible for the establishment of a national ballet company were the operations manager Edvard Fazer, who had previously worked as an impresario. with the Ballets Russes, and the Finnish dancer and choreographer George Gé (1893–1962), who became the ensemble’s first ballet director. He served as chief until 1935, and also for several years after 1955, when he returned to Finland after many years of residence in France and Sweden. The ensemble’s first full-night ballet was Lake Swan, an understandable choice considering that the dancers were largely trained by Russian technique both in Helsinki and in Saint Petersburg. As the classical ballet gradually stagnated, Finland gained new impetus from modern European dance, not least through the work that Maggie Gripenberg (1881-1976) laid the foundation for. She had previously visited Dalcroze’s Institute in Dresden and toured since then. in the United States. Her work as a dance educator 1914–52 at the Helsinki Music Conservatory, later the Sibelius Academy, became of great importance for the modern dance in Finland, and she also had her own dance group. 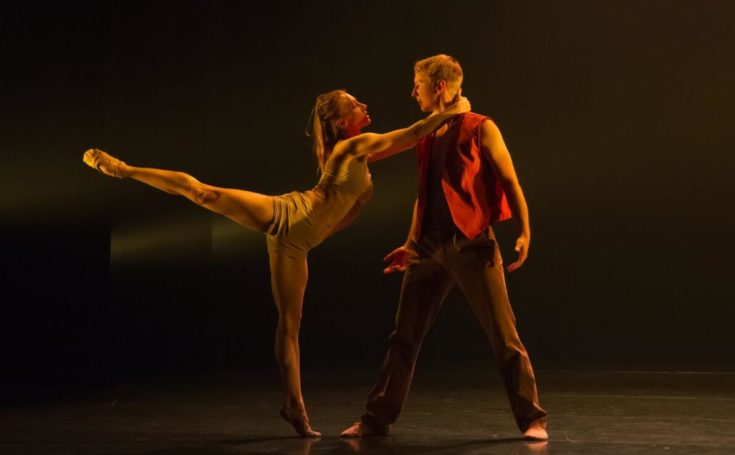 In the post- World War II era, especially from the 1960s, the influence of American dance forms has been noticeable. A number of free dance groups have also been created, and Finnish choreographers have made a greater mark on the dance repertoire. Among the free dance groups is Raatikko Dance Theater, founded in 1972 in Vantaa by Marjo Kuusela and Maria Wolska. Raatikko has toured a number of times outside Finland, and today’s chief is Marja Korhola, and choreographer Tuomo Railo is associated with the theater. In Tampere, Moibita Dance Group has sought cooperation with both museums and other cultural institutions. The Hurharuuth Dance Theater, led by Arja Pettersen, toured both Finland and Sweden, and the repertoire is a modern mix of drama, improvisation and acrobatics. Outside Helsinki we also find the Aurinko Ballet in Turku (Turku), which is led by choreographer Raija Lehmussaar, whose ballet The Life CrisisBuilt over Munch’s life and work has attracted positive attention. In 1989, the dance theater Eri, with a repertoire based on modern dance forms, was started in Turku by the three young choreographers Ari Savinen, Sampo Kivelä and Eeva Soini, the latter two with a background from the National Ballet.

The 1980s were a period of strong development in the Finnish dance community. Several Finnish choreographers have made their mark both in the free groups and in the institutional theaters Helsinki City Theater and the National Ballet at the Opera. Marjo Kuusela, known for his work Seven Brothers, and his wife Tommi Lovissa, who has choreographed the full-length performance Lovissa for the National Ballet, are still among the leading choreographers. Other significant choreographers are Tiina Lindfors and Juha Vanharkartano.

Jorma Uotinen, former head of the ballet at the Helsinki City Theater, took over in 1992 as new head of the National Ballet. He previously worked extensively with American choreographer Carolyn Carlson, who succeeded him as director of the Helsinki City Theater’s ballet. Uotinen has been a controversial dancer and choreographer in part, but is now regarded as the most internationally known by Finnish choreographers. The aim was to renew the repertoire at the National Ballet, which during Doris Laines’ reign from 1984 to 1992 had a strong technical progress, but whose repertoire was primarily characterized by traditional classical works. The Uotin invited several of today’s well-known contemporary choreographers to guest in Finland, and performed several of their own works on the national scene, such as. Faun and Pathetique. Danish Dinna Bjørn, former head of ballet at the National Ballet in Norway, became the new head of the Finnish National Ballet in 2002.

At the same time, Carolyn Carlson has both excited and annoyed with her special dance form at the Helsinki City Theater – a form that is characterized by a technique based on improvisation among the participants. There is also a discussion about how dance should be included to a greater extent in school education, thus leading to more professional schools being added to places outside the metropolitan area. It is now e.g. only the National Ballet Ballet School that provides classical education at a higher level.

But the art form dance has gained a secure position in Finnish art life and has long established its own dance tradition.