California – San Andreas Fault
In California, the boundary between the Pacific Plate and the North American Plate is designed as a horizontal shift (San Andreas Fault). The Pacific plate moves northwards, the North American plate moves southeast. Fault areas run perpendicular to the earth’s surface or to the ocean floor in the direction of the earth’s interior. The two plates rub against each other, they exert pressure on each other and interlock. A uniform horizontal movement cannot develop in this way in the area of ​​the rigid earth’s crust. The granite intrusions on both sides of the fault surface are particularly resistant parts of the earth’s crust. They hold back part of the movements and store elastic parts of tension until the rock’s resistance to breakage is exceeded. Then the tensions suddenly dissolve in earthquakes. This explains the accumulation of earthquakes along the active fault lines; including numerous very strong earthquakes with a strength of 7 or more on the Richter scale. Such events occur around the world almost 20 times a year and lead to large-scale destruction of buildings, bridges or dams in populated areas. This damage goes hand in hand with changes in the landscape and ever new accompanying breaks.

The strongest earthquake in the region to date was the San Francisco quake of 1906. It had a magnitude of 8.3, making it one of the strongest earthquakes of the 20th century. With fewer than 1,000 deaths out of a population of around 400,000 at the time, it still had a comparatively mild course. 30,000 houses collapsed; Above all, however, high-rise buildings in reinforced concrete remained standing. Over a length of 600 kilometers there were horizontal shifts – in some places up to seven meters – as well as new crevices and faults. For geologists, this catastrophe was the starting point for modern earthquake research. (Up until 1935, earthquakes were classified according to their strength using the Mercalli scale; the information on the map according to the Richter scale was estimated retrospectively.)

The seismic hazard potential in California varies. It is largest along the main fault, the San Andreas Fault. Its course between Los Angeles and San Francisco is identical to the coastal mountains, north of San Francisco it first follows the coast and then changes to the ocean floor. Other areas of high risk are located at secondary faults in the Serra Nevada and south of California’s long valley. The seismic hazard potential is lowest on the eastern edge of California’s long valley. For more information about the continent of North America, please check areacodesexplorer.com. 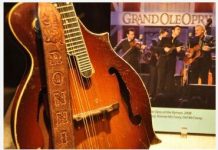 According to usaers, Memphis on the Mississippi in southwestern Tennessee is located at the tri-state corner of Tennessee, Arkansas and Mississippi. The city is associated with two very different icons of US history: civil rights activist Dr. Martin Luther King…
Read more

The first English outpost was established in what is now North Carolina in 1585. As one of the first 13 colonies, it became the 12th state of the Union in 1789. The population was increasingly living in the cities, while…
Read more

As early as 1864, the first parts of the national park founded in 1890 were placed under protection. The park is characterized by characteristic landscape forms: the Yosemite valley, the sequoia groves and the alpine high mountains. The various parts…
Read more 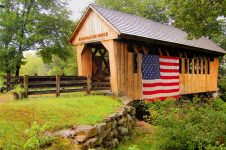 According to travelationary, New Hampshire is best known for its mountains, lakes and forests. Maple, birch and oak make it a spectacular destination during Indian Summer. In many places you will find almost untouched nature. Even well-known destinations like downtown…
Read more

While the Bronx may not have the best reputation, this borough has some spectacular highlights: The Concourse, Melrose, and Mott Haven neighborhoods in the southern Bronx offer some of New York’s most impressive Art Deco architecture. In particular, the houses…
Read more

Western Sahara ( Arabic: الصحرى الغربية ‎) is a former Spanish colony ( Spanish Sahara ) in North Africa on the coast of the Atlantic Ocean. Nowadays, the country is occupied by Morocco, which calls it its southern province. Western…
Read more

Denver According to Foodezine, Denver is an attractive city to visit because of the great sights and attractions. The city is located in the US state of Colorado. The city is generally one mile above sea level, which is why…
Read more 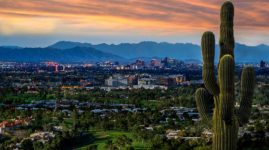 Welcome to Phoenix! Many people already went for the ax and immediately fell in love after a visit to the quirky desert city. And rightly so, because there are many things that make Phoenix such a special place: The sun,…
Read more