Although Geneva is not one of the largest cities, it is one of Europe’s richest in terms of sights. The size of the city center makes it easy to get a lot with you, even if the city break should be in just a couple of days . Here is a selection of some of the most important things you should experience. 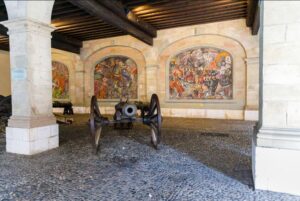 The old town is naturally a sight in itself. It is located on a small elevation in the terrain, and here all the buildings are close together. Between the houses there are narrow and cobbled streets, which meet in several small and pleasant squares. The architecture is beautiful and there is a lot to experience in Vieille Ville. The main attraction of the Old Town is the Cathedrale de St-Pierre. Other places and attractions you must visit are La Place du Bourg-de-Four (Geneva’s oldest square), Maison Tavel (the oldest private residence in the city), the avenue Promenade de la Treille, Hôtel de Ville (the old town hall), the Barbier-Mueller Museum of Antiquities, and the Museum of the Reformation. 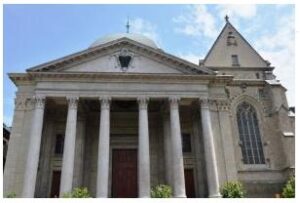 Originally, this cathedral belonged to the Roman Catholic Church, but since the Reformation it has had a position in the Protestant wing. John Calvin, one of the leaders of the Reformation, and the one from whom Calvinism derives its name, belonged to the congregation in the Cathedrale de St-Pierre. The cathedral was built in the Gothic style around the year 1160, but it stands on the same grounds as previous church buildings dating back to the fourth century. Several changes and expansions have been made since then, including the façade, which is in the neo-classical style from the 18th century. The inside is quite spartanly decorated, and it is primarily the beautiful facade that people come to see. It is also a nice experience to attend one of the concerts that are often held in the cathedral. You will find the Cathedrale de St-Pierre in the middle of the old town. 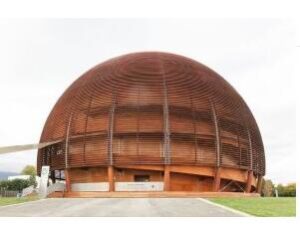 If “Large Hadron Collider” does not tell you anything, then it’s time to learn some physics. CERN is the European organization for nuclear research, where the 27-kilometer-long particle accelerator is buried approximately 175 meters underground. Research is being done on something as exciting as the origin of the universe, and the physicists who work here use cool words and expressions such as Higgs Boson, terrarium electron volt, proton synchrotron booster, and dark matter. You get an insight into this at the two exhibitions located on CERN’s site (both for free), and explained in a way that most people will understand. It is also possible to have a guided tour inside the CERN laboratory, as well as a tour of the particle accelerator itself, as long as it is not in use. There is a separate tram to CERN from the city center, and the trip takes about 20 minutes. 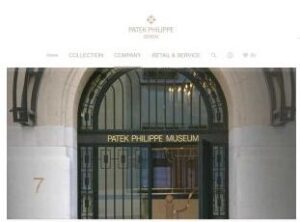 In Switzerland, every self-respecting city must have at least one good museum that focuses on the noble art of making clocks. Patek Philippe is one of the most famous and prestigious brands in this field, something you will understand when you visit the museum in the Plainpalais district. The museum is on four floors, with different themes in each. The collection includes around 2000 clocks and other instruments, the oldest of which date back to the 16th century. Here you will learn about the development of the clockworks through the ages, you will see what the company’s factory looked like, and how today’s high technology has made Patek Phillipe one of the most famous brands in the world. 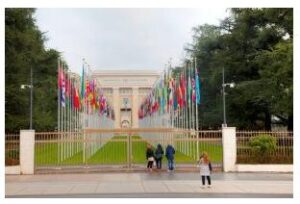 The UN’s European headquarters were built in the 1930s in neo-classical style, and are not very spectacular in themselves. You should still stop by here if you want to get to know the history of the UN. You can join guided tours that provide insight into how diplomacy takes place between the nations of the world, and at the same time get the impressive auditorium where diplomats quarrel and negotiate. The auditorium seats 2,000 people and is decorated with gilded murals that illustrate our struggle for world peace.

Museum of Art and History 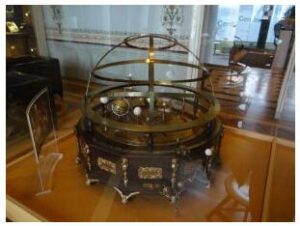 The Museum of Art and History is located in one of the city’s most beautiful buildings, just outside the southeastern part of the old town. This is the largest art museum in Switzerland, built in the years between 1903 and 1910. The total area of ​​exhibitions is more than 7000 square meters, spread over four floors. The collections include paintings by Rembrandt and Cézanne, sculptures by Rodin, and famous Swiss artists such as Liotard, Hodler, Corot and Vallotton. You will also find a collection of weapons from the Middle Ages and the Renaissance, Byzantine art, and various archaeological artifacts. The most exciting is perhaps the almost 3,000-year-old Egyptian mummy. 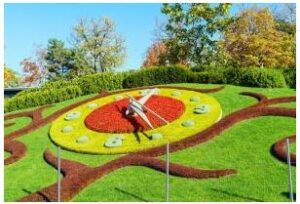 This small park is located just off Jet d’Eau, perhaps Geneva’s most famous landmark. As the name indicates, the Jardin Anglais is very British in style, laid out as a garden should be on English mansions. It is very nice to look at when you walk around the Jardin Anglais, like beautiful flower beds in beautiful colors, and the beautiful fountain that stands in the middle of the garden. The main attraction, however, is the Horloge Fleurie, the flower bell. It is composed of flowers in fresh colors, and actually shows the correct time. Of course, the Horloge Fleurie is in honor of the Swiss watchmakers. 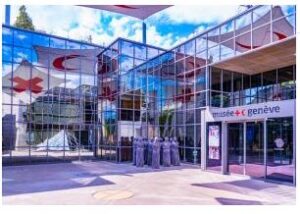 The International Committee of the Red Cross has its headquarters almost directly behind the Palais des Nations. Here is a separate museum dedicated to the founder of the Red Cross, the Swiss businessman and rights activist Henry Dunant. The main exhibition deals with the theme “The humanitarian journey”, divided into three parts. These illustrate the defense of human dignity, the restoration of family ties, the reduction of risk, and each part is created by curators with different cultural backgrounds. The exhibition is interactive, and is described as a strong but important experience. 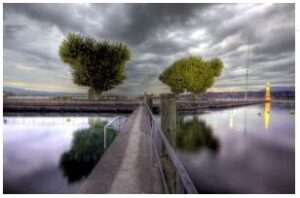 Weather permitting, you should stop by the Bains des Paquis on the west side of Lake Geneva. This is a pier and artificial island where residents and tourists come to take a dip. The famous jet of water Jet d’Eau, which sprays water 140 meters into the air, you can see if you turn in the direction of Eaux-Vives, just north of the old town. At Bains des Paquis you have a small beach that is nice to sunbathe on, a great little lighthouse, and space to watch concerts and performances. In the winter, a sauna and Turkish bath are set up for those who can jump into the rather cold water. 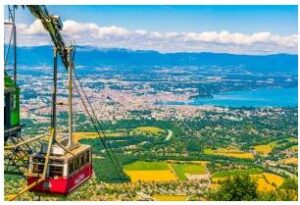 Mont Saleve is the straight rock wall you see from Geneva if you look in the southeast. At the top here you are 1379 meters above sea level, and you get an unbeatable view down to the city, the lake and the surrounding areas. You can also see Mont Blanc and the Jura mountains in the distance if the weather is clear. Most people take the bus to the foot of the mountain, and use their feet to get to the top via one of the trails. If you do not bother, or are bad to the bone, you can take the gondola lift Téléphérique du Salève.