Art and Architecture in Afghanistan

From the first millennium possibly there were, during alternating dynasties, interesting encounters between Greco-Roman, Indian and Buddhist art, in Afghanistan, especially in what is called the Gandhara period. There are still remains of Buddhist art and architecture, though much was destroyed by the Taliban. The anti-hostile regime worked hard against the country’s visual arts, both in museums and elsewhere. The most famous case was the large Buddha statues in the Bamian Valley, the largest Buddha statues in the world. Here was an ancient rock shrine with the two large statues of the 100’s possibly carved into the rock wall; The statues were characterized by Iranian influence. In March 2001, the Taliban regime shocked the culturally interested world by blasting and shooting them to pieces. Another culture there is traces of is the Persian Sassanidian from about 870. This is seen, among other things, in architectural solutions for dome buildings. 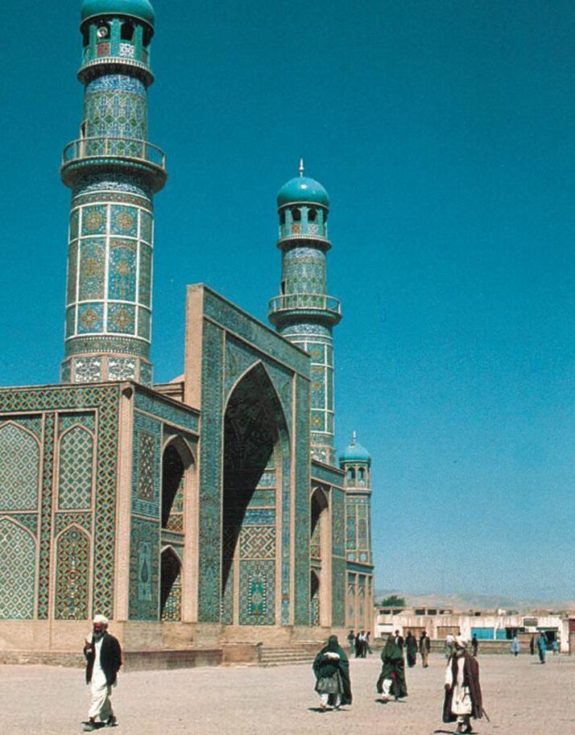 The great mosque in Herat, an example of the magnificent architecture of the timurides, with ceramic tiles in turquoise and cobalt blue shades.

From the 9th century, Islam strengthened its position, and gradually became the dominant religion and cultural force in the country. The foremost building of this time is a mosque in Mazar-i-Sharif, dedicated to the caliph Ali. Also, there are several magnificent minarets. Herat in the western part of the country was an important town from the 11th century, in the 15th century its prosperity began. The town had many monumental buildings, and was also an important center for the production of finer fabrics. Iranian style dominated in visual arts and architecture. The Herat Mosque is an example of early 15th-century Timurid architecture. Herat was also known for his miniature paintings. Most of it was illustrations of literature, especially poetry. The perspective was introduced after the Mongolian model. Herat’s works are more detailed and vivid than similar works by Shiraz in Iran, which was the second major center for illumination art. The foremost of the painters in Herat was Behzad. 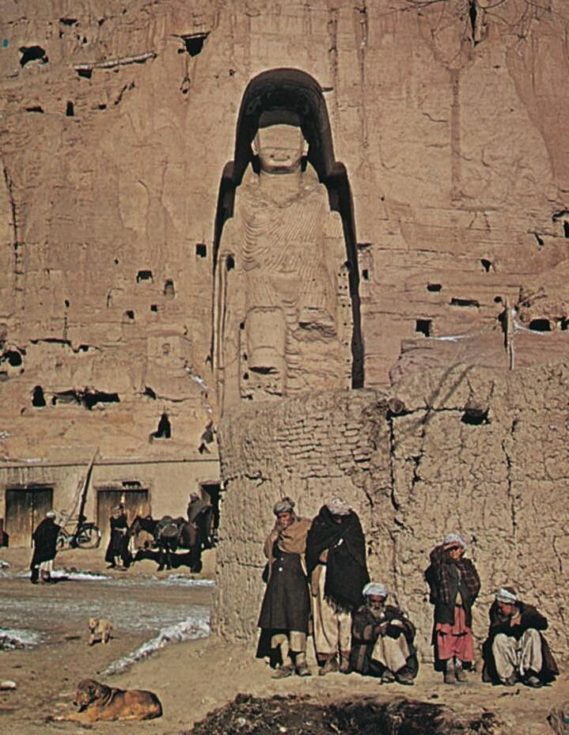 This 53-meter-high Buddha statue in the Bamiand Valley was a reminder of the country’s Buddhist past. It had been damaged several times. by Muslims in the 6th century and by fighters under Aurangzeb in the 16th century. This and another statue were blown up by the Taliban regime in March 2001, as part of mullah Mohammad Omar’s campaign to cleanse the country of image making.

In the 20th century, the art of painting in Afghanistan was often used to express different nationalist views. It was then inspired by both western directions and older Islamic art, such as the Herat style.

How much of the country’s visual arts and architectural heritage preserved after the Taliban regime’s image storms and the years of war is unknown, but that a great deal has been destroyed or inflicted on damage is obvious.