The Scots’ third largest city is often overshadowed by Edinburgh when it comes to tourists on city breaks. But, do not be fooled by all the granite buildings, they are more beautiful than many are aware of, despite the gray. Especially when the sun is shining, and it actually does more often in Aberdeen than anywhere else in Scotland.

Aberdeen is often called the flower of Scotland, and rightly so. You will find green lungs and parks everywhere. Originally, there were two medieval towns here, sandwiched between the mouths of the two rivers Dee and Don. The medieval towns merged as both grew in size.

After the merger in 1891, Aberdeen has developed into Scotland’s most important port city. Today, this is the center of the country’s oil business, and Aberdeen is the Scots’ most important fishing port. The city is also the starting point for the boats that take you to the Orkney Islands and Shetland, a vibrant university city and a nice place to go on a city break.

Perhaps the best thing you can do in Aberdeen is get to know the locals. Go to the many good bars, cafes and restaurants, and have a chat. The Scots are sociable and pleasant people, and they like to tell about Aberdeen’s history. 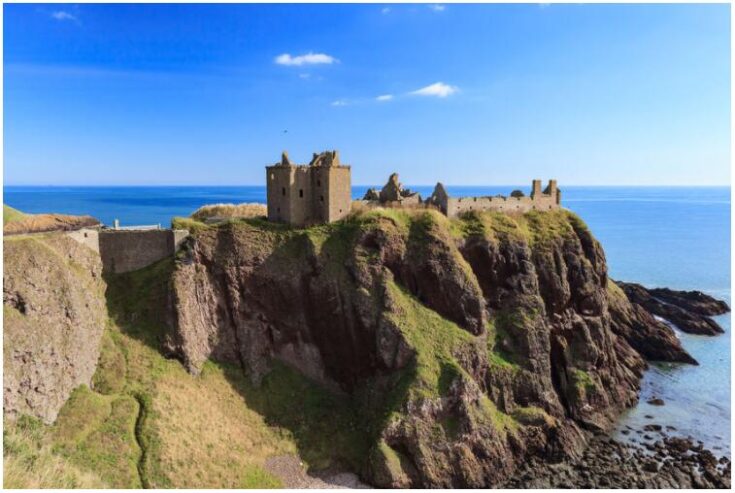 You can get from Oslo to Aberdeen by direct flight from SAS or from BMI Regional in about 1 hour and 35 minutes. With a stopover, it can go as fast as in less than 3 hours. If you travel with Bergen as a starting point, you can fly directly with Widerøe. There are also direct flights from Stavanger, both with SAS and with Widerøe.

There are over 4,000 beds waiting for guests in Aberdeen, ranging from sumptuous luxury hotels to simple and budget guesthouses. The famous chain hotels in the city center are good choices if you want to spend time in the city. In the city center you will also find hotels in several historic buildings, such as The Chester Hotel. If you choose a hotel near or in Old Aberdeen, you will be within walking distance to many of the main sights. If you want a more rural setting, there are several golf hotels to choose from, or nice guesthouses in the villages around Aberdeen.

The Scots and the water of life

This is important to remember from the beginning: In Scotland, whiskey is written, not whiskey. Although the precious drops are distilled all over the globe, it is no exaggeration to say that this is the home of the Scots. There in the regions, they have very strict rules for how whiskey is to be produced, they produce a lot, and their whiskey is considered the best, simply. If you are on a city break in Aberdeen, you will simply have to taste the goods.

The over 100-year-old pub St. Machar (NB! This is also the name of the city’s most famous cathedral) is one of the finest whiskey bars in Aberdeen. There you can choose from 140 malt whiskeys, in pleasant surroundings and good atmosphere. If the selection is too thin at St. Machar, try one of the 200 types of whiskey you get at CASC. If you are looking for a special bottle to take home, The Aberdeen Whiskey Shop is the place to go.

Also consider a visit to one of the many distilleries you will find in the area outside of Aberdeen. Most offer guided tours, whether you come alone or take part in one of the many guided whiskey tours on offer.